“About as characterful as a Borg on barbs”: Justin Bieber, Moiré, Rabit and more reviewed in the FACT Singles Club 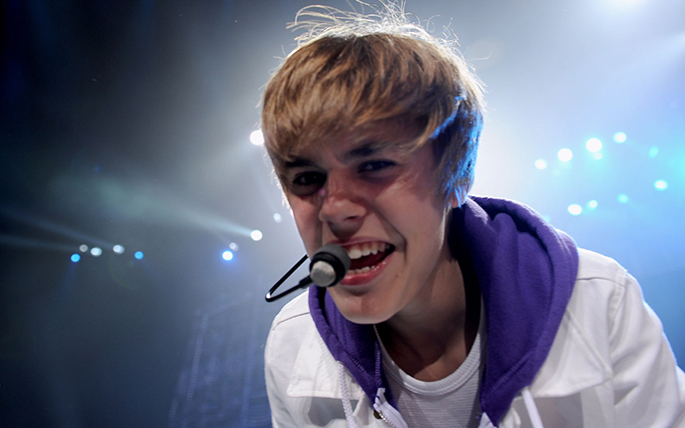 With the way individual tracks are now consumed, the idea of what constitutes a single has shifted dramatically in the last half a decade, and its for this reason that the songs reviewed across the next pages are a combination of 12″ vinyl releases, mixtape cuts, Soundcloud uploads and more. All are treated equally – well, most of the time. On the chopping block this week: Sully, Justin Bieber, Moiré, Rabit and more. 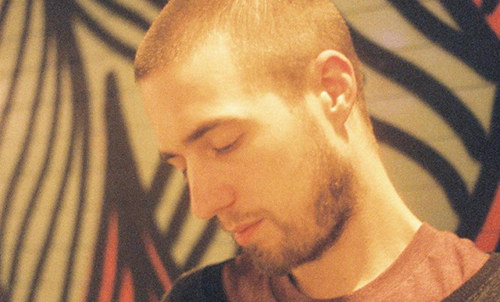 Joe Muggs: If someone said this was a lost Omni Trio track from 93-4, you could be forgiven for believing them. But the world can never have enough 93-4 Omni Trio tracks, so that’s alright. (8)

Aidan Hanratty: This is gorgeous – that synth line, those chords, it’s so much ‘nicer’ than it should be. Still bangs hard though, and, my God, that bass. Good as this is, however, it’s worth wondering how many more throwback records like this we’re going to get, and how many we really need. (7)

Walker Chambliss: I’ve never really had much interest in jungle, and, with a few exceptions, most tracks tend to go in one ear and out the other for me. This Sully track, while marginally interesting, ultimately just sorta feels like watching a YouTube tutorial video on how to use a sampler or something. The technical skill is appreciated, but it’s lacking in any sort of glue that might hold the track together. This is like listening to a Joe Satriani song, or maybe I’m just not British enough. (5)

William Skar: Omni Trio much? ‘Blue’ sounds superb, but it’s little more than a Xerox jobbie – given what Sully can do, the sense of missed opportunity is stifling. (6) 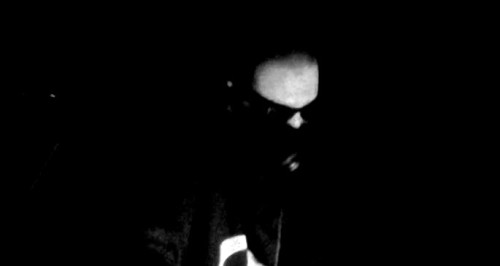 Walker Chambliss: Been a fan of this one for a minute; Rabit, like compatriots Logos and Mumdance, continues to figure out how to do more with less. A searing, off-kilter industrial stomp, a lot of well-placed silence, and a threateningly dark edge here. Feels like wandering around drunkenly in a foreign city – a lot of danger, but also loads of possibility, exist simultaneously in each next bar. Cheers. (8)

Aidan Hanratty: This is spare, but it works. It reminds me of Coldcut’s ‘Timber’, in that it sounds like a rugged chainsaw doing its job. Which I guess means it fits in with the ethos of the compilation it’s from. That tiny pause just before the end just gets me. (8)

Joe Muggs: There’s nothing wrong with DJ tool tracks, but some of them stand up on their own, and some really require being in the mix to connect on their own. This is the latter category. The FACT mix is top hole though. (6) 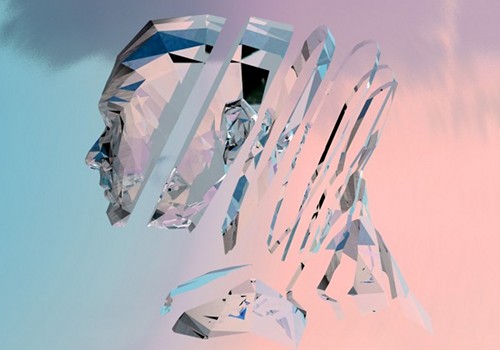 Walker Chambliss: I don’t know man, I’m just not sold on Tink. Everything she does is fine enough but it’s just lacking…something, and it’s hard to say what that something is. She tends to shapeshift a lot, at times sounding like someone like Sasha Go Hard, at other times (like here) Jhené Aiko. It’s a bit frustrating to listen to an artist who is clearly talented but also clearly still (literally) searching for their own voice. Dahi laces her with a nicely blunted track, though, which suits her voice in this mode just fine. This is okay, but ultimately forgettable. (6)

Joe Muggs: Just when the idea of yet another R&B tune slathered in Gothic reverb was starting to get really unattractive… this is really good. There are several points where the ambition well exceeds the producer’s abilities, but far, far better that than the other way round, right? (7)

William Skar: Tink’s previous work hasn’t exactly had me trembling with excitement, but this gets a firm thumbs up. Even those Tyler-style lounge piano stabs, which would normally have me hotfooting it for the hills, work in context – and double props for the coda, where the instrumental starts to warp and bend like plastic in a pizza oven. (7)

Aidan Hanratty: In general, I prefer Tink’s rapping, but this really sells that side of her brilliantly. The track blends that spacious post-Drake sound with a radio-friendly pop approach. Not sure why they didn’t kill it at three minutes, the extended outro feels awkwardly tacked on. (7) 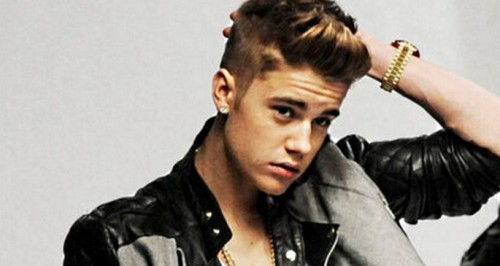 Justin Bieber & Migos – ‘Looking For You’

Joe Muggs: Is it me or is it impossible nowadays to see JB’s face without hearing a Harry Hill voice in your head going “dirty boy!”? This is really triffic though, if not a little creepy. He’s the darkside Timberlake, basically, and that’s fine. (8)

Aidan Hanratty: Bieber sounds like Breezy here. I’m not sure what’s going on with this beat, it’s like a few different tracks in one – when Bieber came back in after the rap, I had forgotten it was his track to be honest. (6)

Walker Chambliss:“What’s up, Migos?” “WHAT UP JB”- I guess not much. I was hoping for more from this collaboration, actually; Migos can be mega entertaining and Bieber’s got a pretty good track record of rap collaborations. Unfortunately neither side really showed up for the track. Bieber barely exists here, just singing in circles around himself on his verse like some rap-game Ouroboros, and Migos have their weird and slightly left-of-center lyrics and slang completely whitewashed into generic rap-and-bullshit cliches. The beat’s got some pretty nice low-end, but that melody is just so irritating. Try again, fellas! (3)

William Skar: Bieber’s poppet-to-puppet-to-gobbet trajectory has been entirely predictable; this, however, is full of surprises. Juddering, screwfaced pop, with a great Migos feature. (7)

Chal Ravens: My clairvoyant feeling for Singles Club suggests that no amount of ranting against this irredeemable arse-squelch will prevent it from getting at least half marks, but honestly there are ninety-nine problems with this production and the Biebs ain’t even one. Bonus point for this Migos gem: “I’m a vegetarian / All I want is lettuce and some broccoli”. (3) 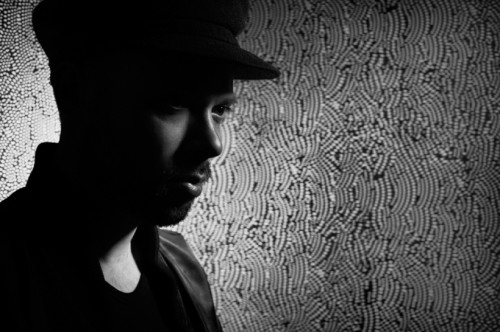 Chal Ravens: Moiré is increasingly playing the good-time Charlie to Actress’s, erm, downcast Darren. This could comfortably take on a big room with its widescreen scope and cheeky bass melody (and that’s not cheeky as in ‘pint’). (7)

Aidan Hanratty: Not what I was expecting after the BBOY release, but that’s no bad thing. It’s a lot more polished than his other stuff, for one thing. I’m in love with that huge, booming riff. Can’t wait for the album. (9)

Walker Chambliss: Actually very pleasantly surprised with this one! I figured it’d be needlessly obtuse based on Moiré’s whole persona, but the track is really quite engaging. Extremely airy, yet a surprisingly emotional undercurrent to it. Really loving that bassline, and that ethereal vocal sample. Strong Actress vibes as well, which makes sense, but spun in a really unique way. I am floating. (9)

William Skar: This is, in the most understated and gimmick-free way possible, an absolute peach. (8) 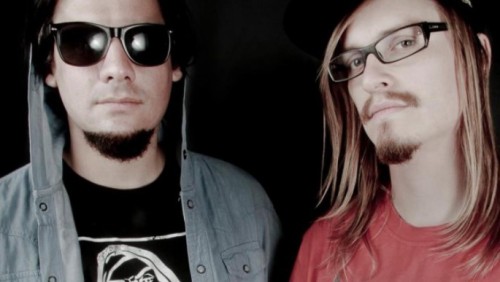 Joe Muggs: Well, what a great week, this one’s a banger too. It’s got “having a bit of a moment under the stars at Outlook Festival” written all over it.  This fingerclicky noises really make it. (8)

William Skar: ‘Madman’ sounds like it’s been assembled by the in-house production team at a video game company – the technical proficiency is undeniable, but it’s about as characterful as a Borg on barbs. Great chops, hollow sockets. (5)

Chal Ravens: Flowdan’s line of attack reminds me of a few teachers we had who would never shout at the class but instead lower their voice to a murmur and half-pretend to be potentially murderous psychopaths, which was quite effective until we twigged that the body count didn’t tally with the perceived threat. In contrast, Flowdan makes for a highly convincing madman, simmering “mental, mental” in a voice that makes me fear for anyone who challenges his political correctness. (7)

Walker Chambliss: TOO MUCH WUB. Also dude, Flowdan, why you gotta have an entire verse about how tight music is as a concept? AND THEN START THAT VERSE WITH A DEAD PREZ LYRIC?! There is literally nothing cornier. (1)

Aidan Hanratty: Let me just say, that is some incredible artwork. The track though, doesn’t really do much for me really. Can’t win ’em all. (5)