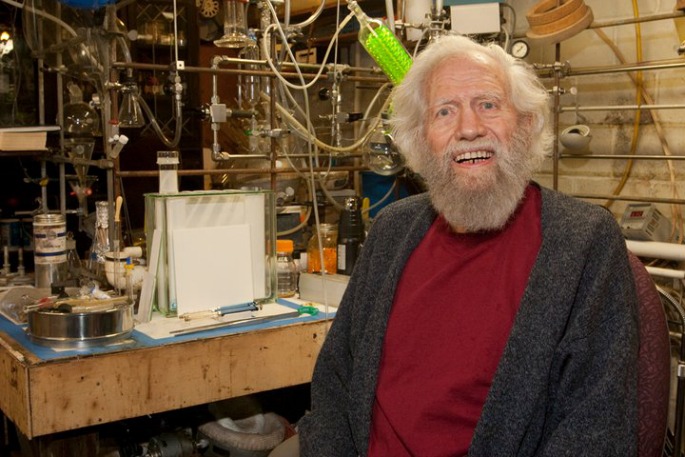 Shulgin, who had been diagnosed with liver cancer before passing away at home in California, discovered, created and personally tested hundreds of psychoactive chemicals with his co-researcher and wife Ann.

Through his experiments, Shulgin was believed to have synthesised over 200 new psychoactive substances, each scored according to his personal Shulgin Rating Scale. The Shulgins published their research in two huge volumes titled PiHKAL, short for Phenethylamines I have Known and Loved, and TiHKAL, for Tryptamines I Have Known and Loved. Both the books were later published online for free.

Among the substances he created was MDMA, originally believed to have been synthesised by German pharmaceutical company Merck in 1912, which he introduced to US psychologists in the late ’70s as an aide to talk therapy. Soon enough, it became a hugely popular recreational drug, and arguably the catalyst to the explosion of club culture in the late ’80s. Recent clinical trials have also shown that it has the potential to be used as treatment for anxiety and post-traumatic stress disorder (PTSD).

His wife confirmed his death via Facebook, writing: “Sasha died today [2 June], at exactly 5 o’clock in the afternoon. He was surrounded by family and caretakers and Buddhist meditation music, and his going was graceful, with almost no struggle at all.”

Vice’s in-house psychonaut Hamilton Morris interviewed Shulgin in 2010 – the video is well worth a watch too.