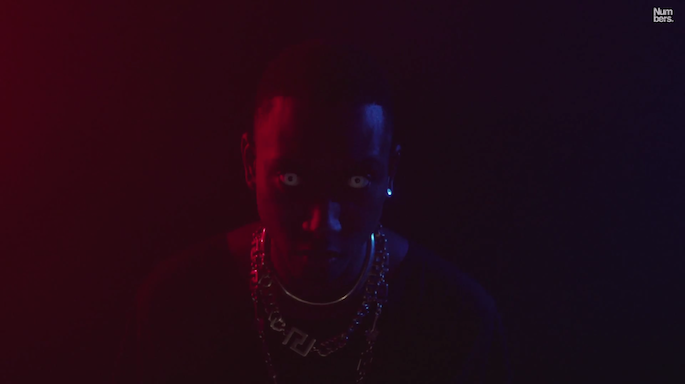 Grindhouse sex-and-violence from the Numbers badman.

Released this week, Darq E Freaker‘s ‘Minger’ is a trap-rave terrorizer that threatens violence with every build and drop. In kind, the track’s video (directed by London’s Sally Sibbet) is a shadowy creepshow where violence and sex sit side-by-side on the same vinyl couch.

In eery blue and red light, shots of a pole dancer are intercut with maggots feasting on stigmata, hands holding human hearts, bloody weaponry and assorted, unidentifiable gore. Still, for all the stomach-churning moments, there’s a tongue-in-cheek, grindhouse-tributing feel to the video. Watch it below and grab ‘Minger’ now.