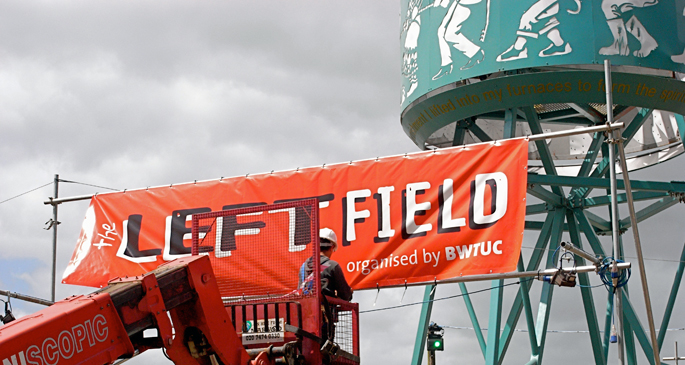 Erected back in 2004, Glastonbury’s Left Field Tower is now a well-worn part of the festival’s skyline, and was beloved by British left-wing politician Tony Benn, who passed away in March. In Benn’s honor, the festival has renamed the tower to Tony Benn Tower, which is particularly fitting as Benn, a noted friend of the festival, had described it as a “tower of strength” back in 2004.

Glastonbury founder Michael Eavis had originally commissioned the tower to help the ailing Appledore shipyard in Devon, and its decoration featuring twelve large figures pulling a rope has been seen as a symbol of strength and hope.

You can learn more about the tower in the short documentary below. [via The Guardian]