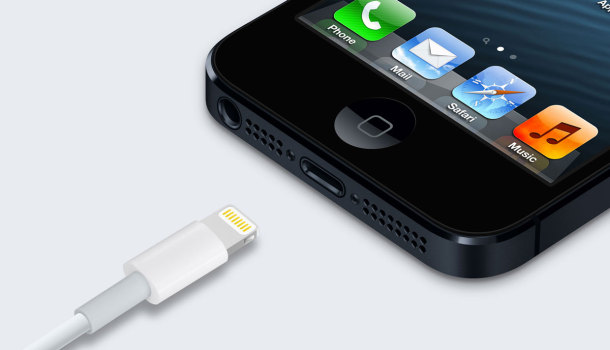 Is the tech giant about to tighten its grip on the market?

After splashing out $3 billion on Beats Electronic last month, it seems Apple could be about to rattle fans and industry alike with another surprise move.

According to a leak reported by 9to5Mac, Apple has submitted a specification to its MFi (Made For) licensing program for headphones that connect using the company’s Lightning port instead of the standard 3.5mm headphone jack.

Forbes has interpreted the specification as a sign that Apple is getting ready to change all its jacks and inputs, rendering your snazzy Sennheisers obsolete – and those new headphones you’ll have to buy will probably bear a Beats logo. How very convenient.

The Lightning port is said to offer lossless sound quality, while headphones with Lightning connectors could have specific app controls, such as the ability to launch a certain app – Spotify or Rdio, say – when they’re connected.

But as Forbes points out, the biggest winner here is Apple. A switch to Lightning would give Apple control over the market for an essential peripheral gadget, and its MFi licensing program would see it take a cut of every pair of headphones sold for use with an Apple device.

Had Beats not been bought up by Apple, Dr Dre and Jimmy Iovine might have been concerned about having to pay a fee Apple every time someone bought a pair of their hugely popular headphones. That won’t be a problem now.

And if you want to stick to your own standard jack headphones rather than buying a new Lightning port set, you’ll have to buy a bulky and expensive adaptor – probably annoying enough to make you suck it up and switch to Lightning.

It’s a no-win situation for music buyers, but it’s hardly out of character for Apple, who have long encouraged users to stay within their tightly controlled ecosystem.