Mysterious Ninja Tune-related project teased with ‘At War With the Body, At War With Time’ 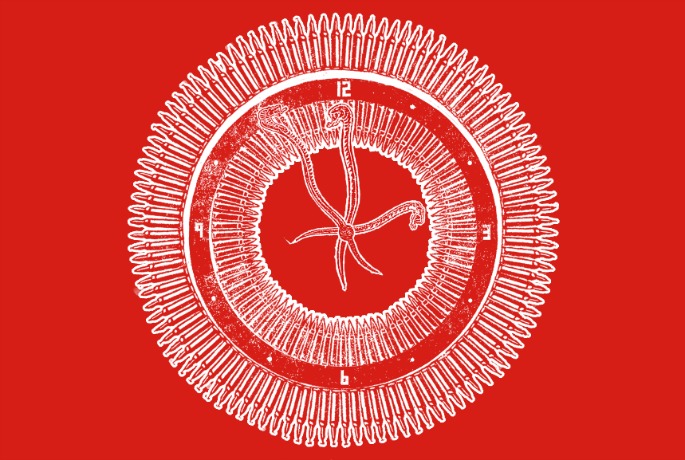 A solo effort from the label’s resident toaster?

Hyperdub and Kode9 this morning tweeted a link to a mysterious website containing a rotating clock graphic and a date accompanied by a familiar, ominous voice talking about being “at war with the body, at war with time”.

The label has claimed the project is nothing to do with them, but it seems possible that this is a solo album from Hyperdub’s Stephen Samuel Gordon, better known as The Spaceape.

The MC  has released two collaborative LPs with Kode9, 2006’s Memories Of The Future and 2011’s Black Sun, and also appeared on Burial’s self-titled debut before releasing his first solo EP, Xorcism, in 2012. At the time of that EP’s release, The Spaceape also revealed that he was battling a rare form of cancer, a situation that appears to be referenced in the title of the new project, At War With the Body, At War With Time.

Head to the website to hear more and keep an eye out for more information on June 12.

Update: Hyperdub have responded with a cryptic tweet – “Not us guv – we’re out of time. not at war with it, ask the third ear cat, if you can” – and a not so cryptic email, claiming that this project is the work of “allied troops Spaceape is working covertly with”. Does your cat have three cars? Let us know.

Update, June 10: We’ve received a letter, bearing the same logo as seen above and containing full lyrics to the track on the At War With Time website. The lyrics close with “Angels and Devils behind all of our eyes”, which makes us think that we’re looking at the long-awaited new album by The Bug here – the slated album title has been Angels and Devils for some while, and a sleuth in the comments section below points out that the website was registered by Ninja Tune (the label releasing the album, who have retweeted several of the ‘At War With Time’ tweets).

That would also explain Hyperdub’s “allied troops” line – The Bug has released several times on Hyperdub, both solo and with his group King Midas Sound.