The New Timeless: tracing the evolution of neo soul in 30 songs 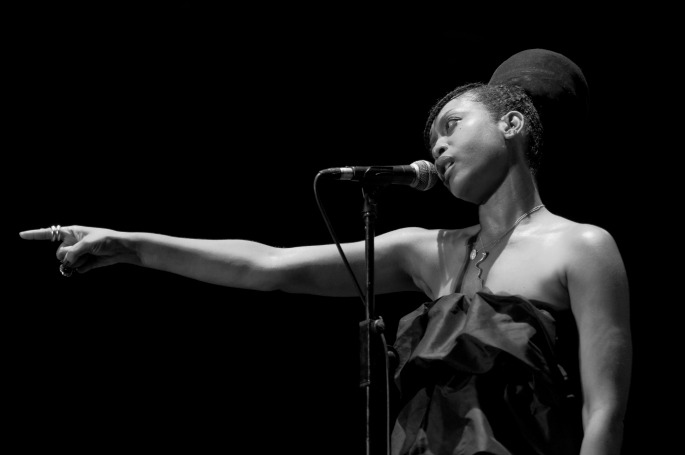 The history of the modern music industry is littered with etymological cadavers: genres, sub-genres and re-inventions, coined by commercial impetus or critical hubris, that never amounted to much more than a blip on the historical radar.

And yet for all the failings of many of these words, the music that underpins them generally lives on through sheer creative force, long after the labels, journalists or artists have moved on.

Neo soul is one such cadaver, one that has continued to produce spams of creative life some 20 years since it first emerged. The term was coined by Kedar Massenburg in the late 1990s as a marketing category for the increasingly popular music of a new generation of soul artists such as D’Angelo, Erikah Badu and Maxwell. In 2002, Massenburg admitted to the paradoxical nature of such categories: classification leads to fads, but the industry needs them to tell its consumers what they’re getting. Neo soul has an additional paradoxical nature, as pointed out by Vibe writer Dimitri Ehrlich in the same year: “Neo means new. Soul is timeless.” The word was doomed to fail from the get go. The music, however, has remained true to its timeless roots.

Influences for what would become neo soul can be found in the late ’80s and early ’90s with artists as diverse as Prince, Tony! Toni! Tone!, Sade and Omar. Their work began a decade-long period of musicians deviating from the conventions of both soul and r’n’b, injecting influences from the past and present into music that wanted to break ground and not bow to comfortable formats. The music’s peak came in the mid- to late-1990s: D’Angelo, Badu, Maxwell, but also Lauryn Hill, Jill Scott, Macy Gray, The Roots and A Tribe Called Quest, all played a part in making it a viable commercial proposition – and, often, an exciting musical one.

It’s during that period that the legendary Soulquarians collective came to the fore – an amorphous entity that included D’Angelo, Badu, Questlove, Bilal, Jay Dee, James Poyser, Common and Q-Tip. An arguable precursor to this dream team was The Ummah, the production collective of Q-Tip, Ali Shaheed Muhammad and Jay Dee, responsible for shaping the sound of Tribe’s last two albums and the crossover of hip hop and r’n’b that soundtracked everyone from Busta Rhymes to Whitney Houston. The Soulquarians were responsible, in some shape or form, for a number of key albums of the early 2000s, including D’Angelo’s Voodoo, Common’s Electric Circus, The Roots’ Phrenology and Badu’s Mama’s Gun.

Despite the quality of the music, its paradoxical nature was a cancer eating it from the inside out. With bigger successes came more attention, and most artists, struggling to reconcile commercial demands with their creative work, began to shun the name: D’Angelo and Hill disappeared, Badu refused to compromise her creative growth for the sake of a style, Jay Dee passed, and the genre began to fade during a decade where the industry was clinging to increasingly outdated production and marketing tactics. Soul was having a hard getting to grips with our new digital lifestyle.

But the commercial death of neo soul was also the death of the constraints brought on by its paradoxical etymology. Artists like Spacek, J Davey, John Legend  fit the mould set by their forebears but continued to experiment, making music just as comfortable within a jazz, electronic or hip hop context. And, by the late 2000s, the likes of Badu, Bilal and even Maxwell had returned.

The following selection traces the legacy of the music over 20 years, from the classics to more leftfield interpretations, all the way to the new kids that are still finding a way to make timeless soul sound new.

Trance is the greatest dance music of all, and here’s 34 reasons why
From Khonnor to Caribou, 36 Indietronica classics
Spiritual Aura: 33 of drum’n’bass’s greatest soulful rollers
Let’s Fackin’ Ave It! 21 diva-house belters that still sound incredible
Sniff and Destroy: the 25 heaviest eye-bleeding techno rippers ever made

When Stevie Wonder says that he wants to be like you when he grows up, you know you’ve made it. Still active after twenty years, Omar remains a key influence in any discussion about soul’s modern evolution.

Maxwell’s debut is perhaps less adventurous than others from the era – his worldwide commercial success would suggest as much – but his music retains that timeless quality integral to the genre’s appeal.

Also, is it just me, or does that taxi driver in the intro look like something out of Total Recall?

I recommend playing this loud while driving into the sunshine.

In which Saadiq manages what few others have: pulling off a remix of The Ummah. It’s all in the subtlety.

Despised by hip hop purists for the sticky sweet r’n’b leanings, The Ummah’s body of work from the late 1990s remains largely unfuckwitable.

Bonus cut: ‘Appletree’ from the same album for a masterclass in bouncy bass

One of the most contentious points in Jay Dee’s career. The original production credits for the song do not mention him, despite the clear sonic similarities with The Ummah’s style which Jay had a huge hand in shaping. So, while the back story remains an example of Jay’s bitter relationship with the industry, the music lives on. Plus he did get his own back with his Revenge Mix, which twists the original until the weight is too much for your neck to bear.

Hill is rarely mentioned in the same breath as the classic 1990s neo soul artists – something which, like Maxwell, probably has a lot to do with her enormous commercial success – and yet her debut, hot on the heels of The Fugees’ global success, drips with the same sensibilities as D’Angelo, Badu et al. Keys by James Poyser.

There are some great stories about the recording of this album in Questlove’s memoir, and how his work with The Soulquarians during the same period led to discontent among the band. Musically, this is one of the clearest examples of how Questo’s neo soul work impacted on the sound of his band at the time. Featuring Bob Powers on synth and Scott Storch on co-production.

All about those claps with the little bells.

Little known 2000 release on Dego’s label that beautifully bridges soul and hip hop. Shouts to Mr. Beatnick for the tip-off, this was apparently a Co-Op classic.

Arriving sometime during neo soul’s apex, Spacek did what the UK tends to do best in its decades-long, transatlantic musical discourse with America: flip the script with some grit. And then there’s that Jay Dee remix too.

Jazzy Jeff and James Poyser on the boards. Appearing during neo soul’s commercial purple patch, Jill Scott managed to sidestep the issues that plagued some of the genre’s big names and has remained one of the steadiest and most reliable soul singers around.

King Britt’s Sylk 130 project was pretty far ranging, and here it hits the neo soul sweet spot courtesy of Vikter Duplaix. Who else are you going to call when you want to get that ‘let’s get messy between the sheets’ vibe?

Another product of the Soulquarians’ powerhouse influence at the turn of the century.

A classic. Reinterpreted during the Suite For Ma Dukes concert tribute to Jay Dee.

Amp Fiddler has legacy: from his days playing with Parliament/Funkadelic to his tutoring of a young James Yancey on the MPC. ‘Waltz Of A Ghetto Fly’ is the brightest example of his own take on the neo soul template, tipping its hat to Jay’s influence and featuring his brother Bubz and George Clinton.

One of the later Soulquarians-related production with Poyser and Jay Dee sharing credits, and a certain Pharrell on guest vocals. Shouts to Bonita Applebum.

Not an obvious choice on the surface, but listen to ‘Glorious’ again – timeless as you like, but with that “Whoa, what is this?” newness. Plus they were dirtier than the industry would ever allow you to be at a commercial level.

Picking out a track from Steve Spacek’s Black Pocket project wasn’t easy. Largely instrumental, the self-titled debut explored the sprawling territory between hip hop, soul and electronic music, coming out with something that defied any attempts at categorisation (other than “ill”, that is). Also notable for being released on dBridge’s drum’n’bass focused Exit label.

One of the logical places for neo soul to rear its  head was the ‘beat scene’ of the late 2000s, where almost every constituent player worshipped at the altar of Jay Dee. Despite the overabundance of male artists, the scene did at first include a number of key female figures, of which Stacy Epps was the most notable.

Ghostly re-animation of neo soul’s spirit by one of its architects. Plus Glasper went to school with Bilal, so he’s always added a certain touch of soul to his jazz explorations.

The music industry is a cruel mistress. When I first heard Typesun’s debut album some three years ago, I was blown away by the range the Bristol-based producer and drummer had managed to hit. A handful of the album’s tracks managed to do what the best neo soul always has: looking back while pushing forward. The album has, unfortunately, all but disappeared, though ‘The PL’ – a blistering slice of soul, featuring a cast member from Game Of Thrones on vocals (impersonated by Bristol soul man Romaine Smith in the video) – made it through the cracks.

It’s all over the drums.

Jesse Boykins’ lost album surfaced in early 2014. With production from Machinedrum, it’s an apt example of how the idea of neo soul can be incorporated by the next generation of American musicians and artists.

Or what happens when neo soul meets poetry in 2014.