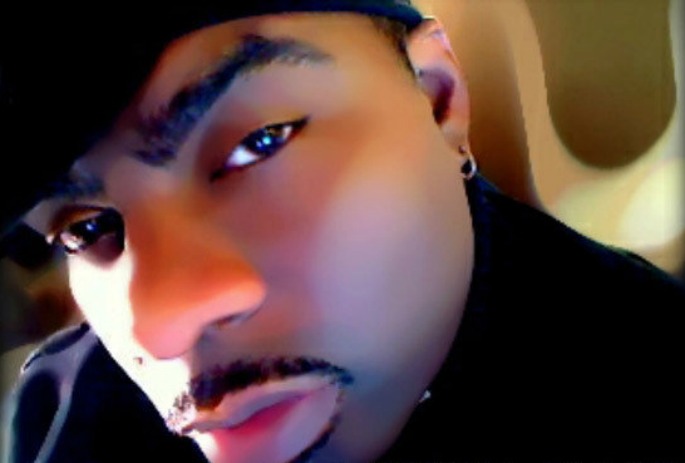 In the rarefied world of serious dance music criticism, it’s all too easy to forget that this music is supposed to be functional.

It doesn’t exist to make us think or ponder, although those things can be nice. No, dance music is primarily designed to make human bodies move.

That primal urgency, that transferral of energy from the speaker to the feet, is one of the many reasons I fell in love with ballroom (or vogue, or cunty house, or whatever you want to call it). Beyond the fact that I immediately connected to the cultural reference points (draggy ’90s NY house, the kind I grew up listening to) and found those sounds being repurposed in a way that makes most current deep/house/minimal/tech/disco seem stale, it’s ballroom’s direct connection to a living, sweating, evolving dance form that really inspires me. Looking at amazing voguers going off makes me want to make beats.

So I couldn’t really miss the chance to see some of the best voguers in Europe, and the world, turn out in Stockholm a few weeks ago, to do battle with one another at the StreetStar dance festival (you may have seen some StreetStar clips before, such as last year’s viral phenomenon Sailor Moon vs Wonder Woman). Particularly as these dancers would be throwing it down to beats provided by one of the original vogue femme ballroom masters, Vjuan Allure.

An influence on the new generation of ballroom DJs such as MikeQ, Vjuan has been DJing for almost 20 years, and his appeal is broader than just the American ballroom circuit: he is a beloved guest of both Night Slugs and House Of Trax in London, Fade To Mind in the US, and the Angels Of Love crew in Rimini. More than any other DJ, Vjuan connects the deep, dark, tribal house of the ’90s to the current fresh-as-a-daisy vogue house sound, and he’s never once failed to make an audience move in all the times I have seen him play, even to avowedly “two left feet” type crowds. I caught up with Vjuan at Streetstar to ask him a few questions.

You’ve been doing a lot of production work this year – what releases have you had recently and what’s coming out in the next few months?

Wow, so many things coming, I’m going to try and name them all. I have stuff ready for Mad Decent, Night Slugs, Fade To Mind, Hot Mom, Paradox 410, FEELINGS, and more, many more remixes coming. Recently I’ve completed work for CVNT TRAXXX, Cherie Lily, Somepoe, Roxy and The Ride Committee and more. I know I’m forgetting some, but it’s a lot.

You’ve been travelling around the world and DJing a lot too – where are some of your favourite places to play and why? Anywhere left you still want to go?

I love traveling and it’s really kind of hard to pin-point one specific place I love the most, but Naples, Italy is so close to my heart. I lived there and have so many friends and so much love from that place – and of course they know how to party! That is where I came into the forefront. I love playing everywhere though, the reactions I’ve had have been so great and heart-warming. The audience truly understands when a DJ comes to play for them, and I come to play. They get into what you are doing even if they may not understand the music at first – but good music is good music and I have never had a problem with any crowd ever.

I began making these little skit type CDs for my friends with some voiceovers done by me, and it was really all for my friends. They would be for fun, and then turned serious. From making these CDs, I was invited to play in Detroit at a ball, which I did, and I went all out – but they weren’t ready for all the music I brought, they only wanted a few tracks, and I brought so much music. I was pissed and went home and started to make remixes – and these remixes are what started “Ballroom Beatz”. There were bitch tracks out, and the classic beats by Robbie Tronco – but I began making music SPECIFICALLY for the ballroom, and this is what started it.

You’ve been at the forefront of the ballroom sound for quite a while – how do you feel now that it seems to be catching on and getting more popular?

I love that it is receiving the attention and that ballroom is being asked to do new and innovating things. I still have the same views as far as ballroom is concerned – it is a community and culture that I live, participate, and work in, although it is not the only type of music that I do. A lot of people think ballroom is throwing the “crash” [Ha Crash, a trademark ballroom sample] on a track – this is not the case. It is a complete feeling and attitude that goes with it. In my opinion you must get into a ball to understand what and where we get this energy and feeling from – it isn’t something you can catch from a YouTube clip or listening to a track and copying what you hear. Its like hip-hop – you can’t expect to know why you rap and don’t understand or know hip hop culture and such is the case of understanding and knowing ballroom culture.

Any advice to kids who are just discovering voguing and ballroom now? Especially kids from outside the States?

If you are just discovering voguing and ballroom – I know it’s exciting to see, especially when it is jammed into a 45 video you might see on YouTube – but dig a little deeper, scratch below the surface and get into what you are seeing. Know the different styles of voguing, know the history behind them. Many people cite my friend Willi Ninja and they stop. Willi was a true master, innovator, and friend, but there are many others aside from him that perfected and pushed this art form too. I want to push exposure for people who are in this scene and may never be “discovered” by the public because their names aren’t known. I feel its important to let the world see them at their best.