The Best of Barcelona: Must-see acts at Sónar 2014 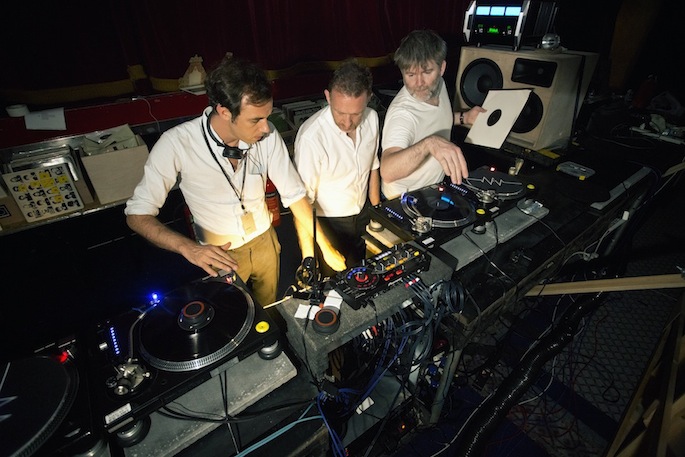 Sónar returns for its 21st edition.

The Barcelona festival remains a premier destination for fans of electronic and experimental music, with an absolutely loaded line-up that features legendary scene leaders, promising newcomers and everyone in-between.

Trawling through the program is always a daunting game of decision-making, so we’ve picked out the highlights for each of the festival’s three days. For tickets and more information, head to Sónar’s site.

James Murphy and 2 Many DJs’ much-hyped soundsystem is in residence every day of Sonar this year, but we can’t think of a better setting than the first afternoon of the festival, before the comedowns and cynicism have set in. Get that first mojito down you, find a seat, and zone out – things will be getting pretty gritty soon.

The Icelandic composer has released a lot of music in recent years, but none has hit on quite so grand a scale as Aurora, his most recent set. Live, it should be a real punch in the gut – in the best kind of way.

Hawtin may be the king of silly techno live shows – who remembers The Cube? – and the irony of him giving his latest spectacle the same name as a young producer will be lost on nobody who witnessed what he did to the UK’s Plasticman, but his latest album, EX, really is beautiful at times. If Objekt contains similar qualities, then seeing it at this kind of scale could be unmissable.

It’s the second day of the festival, and no amount of Beroccas will have you in the mood to do much walking. Our advice, then, is to find a space near the bar at Sonar by Day’s SonarHall and stay there: Forest Swords, Simian Mobile Disco’s modular masterclass Whorl and Matmos – always one of live electronic music’s best propositions – are playing in a row.

Downliners Sekt have quietly carved out a niche as one of Spain’s most unique electronic acts, and with their first album since 2008, Silent Ascent, released this year, this should be one hell of a hometown show.

You can see all the Hype Williams-related live shows you like, but you’ll never quite know what’s in store come the next one. Granted, copeland is yet to go full free jazz as her ex-partner in the group Dean Blunt did this April, but watching her perform music from her intimate new album Because I’m Worth It at one of Europe’s biggest festivals should be suitably bizarre.

Amon Tobin’s ISAM has been one of the festival circuit’s most talked-about live shows of late – now Detroit’s Matthew Dear teams up with the the team behind the visual side of the project. Miss at your peril.

You don’t need to attend many festivals to realise that most electronic live shows simply aren’t as fun as watching a good DJ mix good records, but Future Brown’s set draws from the energy of grime cyphers, not Berlin busybodies adding a hi-hat to the (laptop) mix and acting like they’ve changed the world. Their recent London show featured appearances from some of grime’s banner MCs – no idea whether they’ll be bringing Rapid and co to Sonar, but here’s hoping.

Sonar’s closing night often features some of the year’s key breakthrough acts in its closing stages, and watching one of Lisbon’s finest do his thing in the early hours should be enough to send anyone home in a good mood.