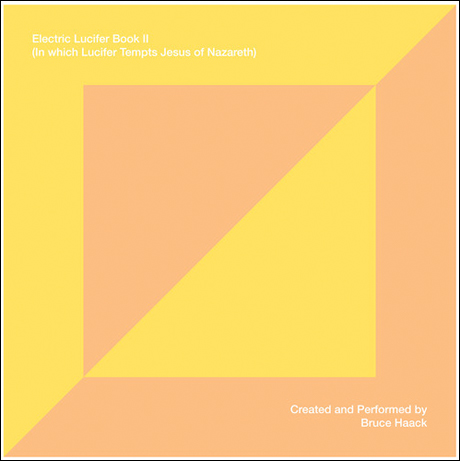 Canadian musician Bruce Haack released a stack of vocoder-enhanced synth experiments and digital curios throughout the ’60s and ’70s.

Though he passed away in 1988, Haack’s profile has risen in recent years in tandem with an increased interest in the dustier corners of electronic history. Along with several reissues, his madcap work was the source material for a 2012 LP of remixes by Stones Throw’s young breed, including James Pants and Samiyam.

Telephone Explosion Records has now lined up a vinyl reissue of Haack’s 1979 album The Electric Lucifer Book II (a sequel of sorts to his 1970 analogue psychedelia gem The Electric Lucifer), which remained unreleased until 2001 when it appeared on German label Q.D.K. Media.

The reissue features brand new artwork, but the tracklist is the same. Due on August 5, you can pre-order it from Telephone Explosion now. Listen to the DIY vocoder groove of ‘Stand Up Lazaras’ below, which should strike a chord with fans of Night School’s recent release of The Space Lady’s Greatest Hits. [via Exclaim]