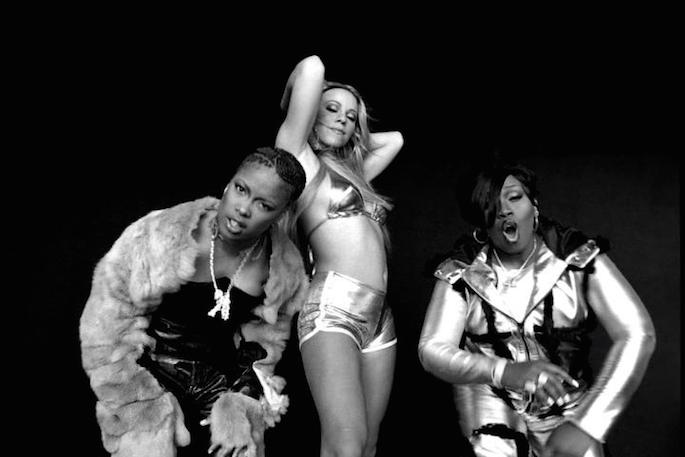 The female response record is a tradition nearly as old as hip-hop — and it’s due for a resurgence.

Remixing or freestyling over another artist’s instrumental is commonplace in hip-hop, but when a female artist reworks a male artist’s track, there are often sexual politics involved — whether responding to misogyny or asserting sexuality.

It’s been three decades since the Roxanne Wars, and with ‘Bitches Ain’t Shit’ nonsense from Chris Brown (‘Loyal’) and K Camp (‘Cut Her Off’) making waves on the charts and in the club, the women of rap and R&B sound ready to continue that tradition.

The answer record that started it all. Produced by the legendary Marley Marl and featuring a 14-year-old rapper named Lolita Shanté Gooden (who took the name Roxanne Shanté), ‘Roxanne’s Revenge’ flipped U.T.F.O.’s ‘Roxanne Roxanne’ into a profane-but-playful diss track. And it didn’t stop there: the next year saw dozens of Roxanne-related answer records, setting the stage for the Queens-versus-Bronx Bridge Wars.

How’s this for hip-hop history: Doug E. Fresh featured a young Slick Rick (as MC Ricky D) on his Inspector Gadget-sampling hit which would go on to be the fourth rap single to go gold. Later that year, producer Hurby Azor records Salt-n-Pepa (as Super Nature) on a Revenge of the Nerds-sampling response record, introducing the first ever all-female rap group.

‘Throw The D’ was 2 Live Crew’s first record on Luther Campbell’s Luke Skyywalker Records, and would go on to be the template for Miami bass. Campbell, perhaps inspired by the Roxanne Wars, had his cousin Anquette Allen and friends Keia Red and Ray Ray record a female response to ‘Throw The D’. Anquette ended up returning to this well a decade later, flipping B-Rock & The Bizz’s 1997 hit ‘My Baby Daddy’ into ‘My Baby Mama’.

At this point, novelty records — in hip-hop or elsewhere — are such a relic that this one seems like parody. But twenty years ago, Sheep Doggy Dogg and her team were serious and determined to make a buck with “The Female Answer To Da Snoop Doggy Dogg” — complete with a head-scratching name, cover art that apes Joe Cool’s classic design, and a beat that mimics ‘What’s My Name?’. A historical oddity from a bygone era.

Snoop Dogg must be an easy target. ‘Ain’t No Fun (If the Homies Can’ Have None)’ is the pinnacle of G-funk, its feel-good grooves distracting from some of the most misogynistic lyrics in rap history, and for the remix of her 1999 chart-topper ‘Heartbreaker’, Mariah Carey enlisted DJ Club, Da Brat and Missy Elliott for a remix/mash-up a half-a-decade in the making. With regards to the video, the irony of Mariah giving Snoop’s ride a sexy wash is not lost on us.

Hypnotize Minds rapper La Chat had a hell of a 2001, both going punch-for-punch on Project Pat’s minor hit ‘Chickenhead’ and reworking this iconic Three 6 Mafia track — a reminder that for as raunchy as Juicy J and DJ Paul could be, La Chat (and Gangsta Boo) remained unfazed.

DJ Technics and Lil Lucky linked up for the soulful, Baltimore club kiss-off ‘Girl Don’t Waste My Time’, and Rod Lee brought in Ms. Peaches for the inevitable response. Rather than keeping the generic sex jam lyrics, Peaches turned the track into something much more specific. Last heard in Eclair Fifi’s FACT mix.

Eamon’s soulless break-up anthem hit #1 in the UK and Europe, and Frankee emerged a few months later with ‘F.U.R.B. (Fuck You Right Back)’, claiming to be Eamon’s scorned ex (a charge Eamon denied). Frankee’s version is a bit more memorable, even if the reworked lyrics are no less laughable than those of the original, but you know you’ve made it when your beef gets Loading Video…

R&B survivor / reality star K. Michelle flipped B.o.B.’s harmless, Bruno Mars-assisted ‘Nothin’ On You’ into a song about female empowerment. While she sings her heart out on the chorus, she saves her barbs for the rapped verse: “[Men] do what they wanna do, they get what they get / hit when they hit, then they split when they split.” Ouch.

The most abhorrent man in pop music croons with a mouthful of sour grapes. Ciara flipped this one with grace (“I gave my all to you / but you was undercover sleeping with another / all them nights I cried to you / thought that it was only me but it wasn’t only me”) and her version has outlasted the original as a sample in Jacques Greene’s ‘Another Girl’ and in remixes by Nguzunguzu and Dubbel Dutch.

The Crime Mob firebrand “does it for the ladies” on this reworking of Soulja Boy’s divisive snap anthem. It’s not difficult to out-rap Soulja, which Diamond does with ad-libs both weird (“frizzles!”) and regrettable (“no lezbo”). For something a touch smoother, Ciara also took this one for a ride.

The industry casualty did some growing up between her teenaged debut and this version of Drake’s broken-hearted ballad, sounding like an R&B Game Alanis Morissette on her version of the hook: “Fuck that new girl that you like so bad / She’s not crazy like me, I bet you like that / I said fuck that new girl that’s been in your bed / And when you’re in her I know I’m in your head.” Even Drake knows she killed it.

Atlanta’s K Camp broke through with this one, casually dropping a hook (“It ain’t nothing to cut that bitch off”) and lyrics (“Pass her to my migos, they gonna bust it”) that are laced with sexualized violence. Da Baddest Bitch to the rescue: Trina (with an assist by Lil Mo) ignites the track with some real emotion. Fuck yo feelings.

A few years removed from ‘Deuces’, Brown scored a top ten hit with this cringeworthy misogyny anthem, putting the onus on women to stay “loyal” to their scumbag boyfriends — as if leaving Chris Brown is a shallow move and not one made out of self-preservation. Thankfully, plenty of female artists have remixed the song, but Keyshia Cole and company’s take is the best: a posse cut where everyone involved lays out a more convincing case than Chris Brown et al about unsupportive, unfaithful men in their lives.