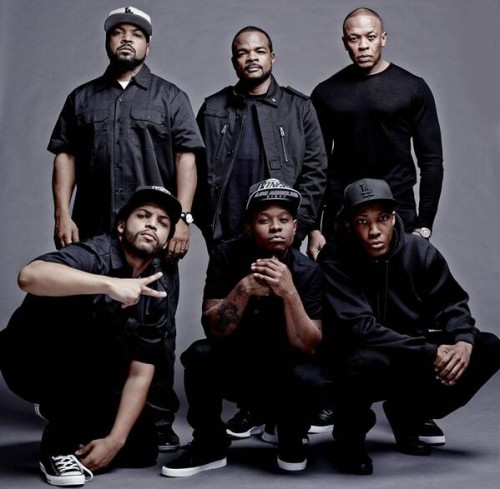 The long-mooted N.W.A. biopic finally has its leading men.

According to The Hollywood Reporter, Dre originally wanted Michael B. Jordan – aka hood-rat-with-a-heart Wallace in The Wire – but filming commitments have kept him out of the frame. The film will shoot later this year.

Three N.W.A. sprogs are about to head out on tour as Sons of N.W.A.  Straight Outta Compton turned 25 last year – here are eight things you probably didn’t know about gangsta rap’s Rosetta Stone.

Update 19/06: Dre has tweeted a photo of the cast (above), with Ice Cube, director F. Gary Gray and Dre standing behind Jackson, Mitchell and Callender.

Ice Cube’s kid is a chip off the block, isn’t he?