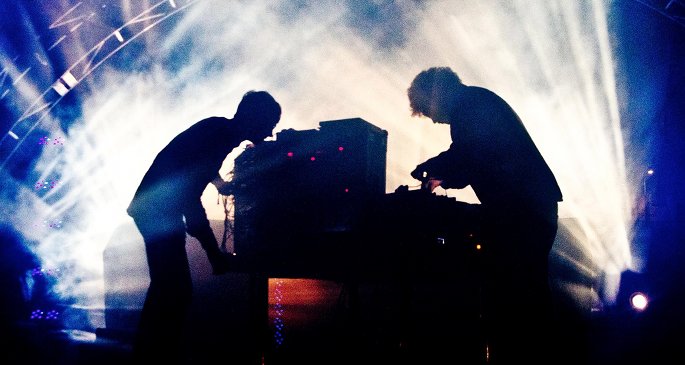 The analogue-loving duo will release their computer-free new album in September.

Earlier in the year, UK production pair Simian Mobile Disco announced plans to record their next LP at a one-off gig in a saloon outside California’s Joshua Tree National Park. Limiting themselves to just one synth and one sequencer each, Jas Shaw and James Ford recorded all the parts of the live show separately, allowing them to mix the album in the studio after the gig.

“This forces us to commit,” Shaw explained at the time. “When we record with it, this is the system, and there can be no turning back.”

The gig took place in April, and now SMD have announced that Whorl will be out on September 9 via ANTI-.

The first single, ‘Tangents’, is due out on June 30, and you can hear a teaser of the album in the gorgeous looking video below. [via RA]