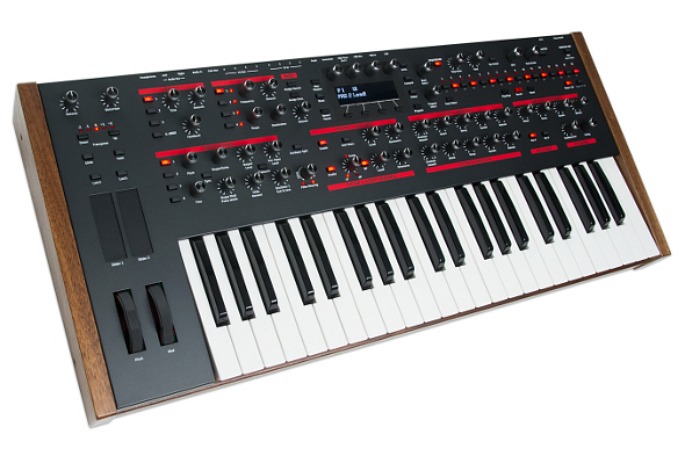 Gear company’s latest unit billed as its “most powerful monosynth ever”.

Dave Smith Instruments has unveiled its new ‘hybrid’ synth, the Pro 2, which the company chief has introduced as a successor of sorts to the much-loved Sequential Circuits Pro-One synth, designed in 1981.

“Right now there’s a trend of reissuing classic synths from the past. People have been asking for a reissue of the old Sequential Pro-One for quite a while,” said Smith.

“But as a synth designer, I’m happiest creating new instruments – synths that with every iteration put more power and better sounds into the hands of musicians. The Pro 2 is light years beyond the Pro-One in every way. It’s the most powerful monosynth I’ve ever made. You’ve got to keep moving forward.”

The Pro 2 has four digital oscillators alongside a sub oscillator, together with super saw waves and dual analog filters. The first of the new filters is a 4-pole low-pass design inspired by the Prophet 5’s filter, and the second is state-variable and based on the Oberheim SEM. The step sequencer can run to up to 32 steps and offers 16 tracks.

Although billed as a mono synth, the unit is also 4-voice paraphonic, meaning it can play four notes simultaneously. Other features include control voltage inputs and outputs and a dedicated gate output, delays, envelopes, LFOs, an arpeggiator and various modulation options.

The Pro 2 arrives in late July with a price tag of $1,999 – see it in action in the video below and dig into the full specifications over at Dave Smith’s website.

For more gearmania, head to FACT’s comprehensive guide to the 14 synthesizers that shaped modern music. [via JunoPlus; MusicRadar]