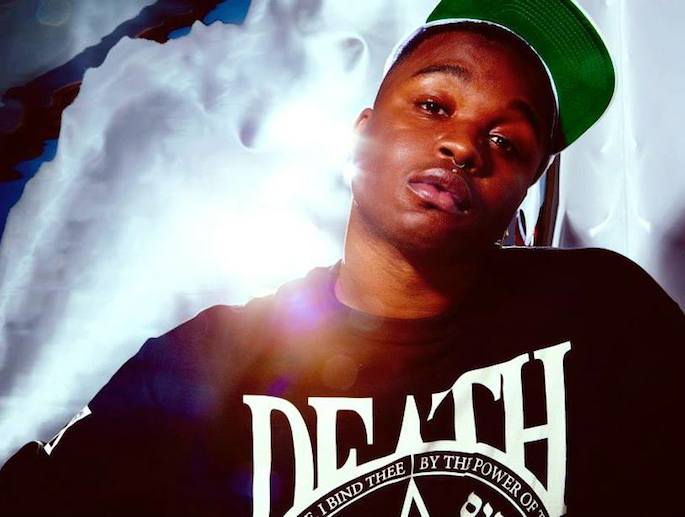 Each week, FACT’s Mixtapes Round-Up trawls through the untamed world of free mixes, radio specials and live blends so you don’t have to.

We’ve now decided to break this into two features: the week’s Best Free Mixes (think Soundcloud, Mixcloud), and the week’s Best Mixtapes (think DatPiff, LiveMixtapes). Naturally there’ll always be some level of crossover between the two, but we concluded that it sometimes feels unwieldy seeing a Young Thug tape sitting next to a blend of slowed-down Disney theme tunes, so we’ve split the columns up, with Mixes running every Thursday, and Mixtapes every Friday.

We picked a great week for rap tapes to stand on their own (not even including Gucci’s three album/mixtape drops): there were quality releases from all over the map, literally and figuratively, from New York party-starter Cakes Da Killa to Southern rap hooligans Casino and Woop to West Coasters Young L, Blanco and Kokane. And for those that like their rap weird, don’t miss Zelooperz’s debut. 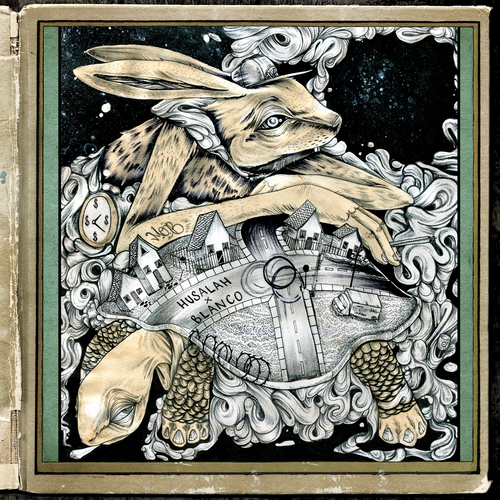 Mixtape of the week:
BLANCO, HUSALAH & KOKANE
THE TORTOISE AND THE HARE

Completely produced by über-talented Atlanta producer DJ Burn One, and lacking the usual DJ drops that plague our selections week in and week out, The Tortoise and the Hare is a damn sight more appealing than your average mixtape.

It’s a collaboration between Bay Area YG-affiliate Blanco and Cali veterans Husalah and Kokane, and might be the best thing either of the three have been involved with in a while. Burn One’s killer turn behind the boards anchors things admirably – he manages to nail the horizontal, smoked-out trunk bumpers that Curren$y and his Jet Life acolytes have attempted time and time again, but does it without the awkward retro fetishism or iffy West Coast reverence.

Instead there’s a confident Dungeon Family-esque Southern rap swagger to the beats, which provide a surprisingly apt backdrop for the three West Coast heavyweights to spit over. Each rapper brings a refreshing levity to the record, and while the overriding theme might be fables, and while it might be a tad short at a mere seven tracks, you’ll be hitting play again immediately after it comes to a close — trust us on this one. 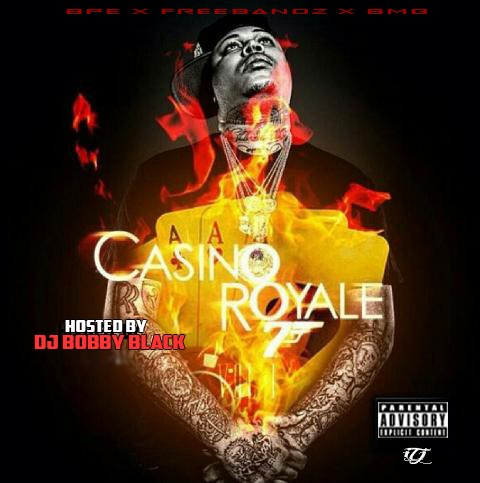 Casino follows-up February’s Frank Matthews with Casino Royale, a tape that could win the award for Hooks Most Likely To Be Shouted In A Club While Losing Your Shit. His guttural pronouncements tumble forth like boulders down a hill; he’s as eager as someone like Mystikal but without the silver-tongued flow — and it works.

So despite some shoddy mixing and mastering, Casino continues to be unhinged in all the right ways, furthering the argument that he could be “the Waka to Future’s Gucci.” Hell, he even does trap-rave better than Waka, teaming with molly dispensers Flosstradamus on ‘Mosh Pit’. 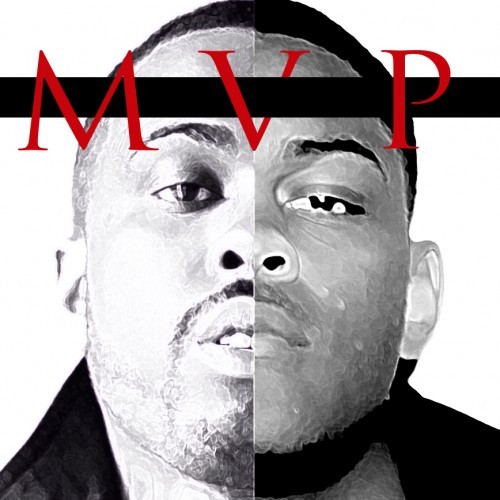 Young L has long been in the shadow of Lil B. Both rappers were members of influential Bay Area rap group The Pack, and both have had a prolific career in recent years, but where Lil B has managed to command the world of social media around him, Young L has allowed himself to operate in the sidelines. To be absolutely fair, he doesn’t need to rap or produce at all – his successful clothing line Pink Dolphin has been going from strength to strength – but every few months almost without fail, a new Young Legend tape appears on Livemixtapes, and more often than not it’s well worth a download.

MVP is L’s latest statement, and it’s as quirky and unpredictable as we’ve come to expect. Oddly sequenced, weirdly produced, and including only a modest amount of rapping, it’s an invigorating listen, and is a damn sight more interesting than countless tapes that slide out each week. Just check ‘Depre$$ed Oceans’ for proof – sporting a grimy half-speed beat from Purpdog and Dirty Vans, L and Black Kray slur and wail, leaving a cut that sounds as disconcerting and experimental than anything the noise set might belch out. It’s not all good (his take on autotuned pop is quirky, for sure), but Young L has proven once again that his cottage industry is well worth keeping a close eye on. 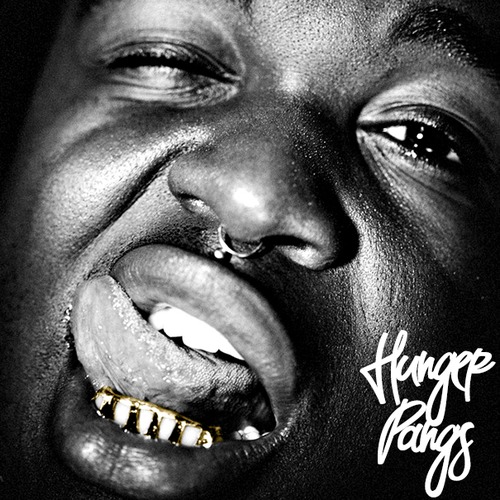 For anyone trying to put Cakes Da Killa into some sort of “queer rap” box, he kicks off Hunger Pangs with a thrown gauntlet: “Every queen tryna rap but we all not reigning.” Cakes certainly has contemporaries in Le1f and Abdu Ali, but his brand of dance-rap banger is equally reminiscent of Spank Rock at his finest.

Hunger Pangs is loaded with club tracks that would work with or without vocals, with Wildkatz and LSDXOXO doing most of the heavy lifting. On dancier tracks (‘Oven Ready’, ‘Hunger Pangs’), Cakes turns into a fired-up vogue commentator; with a little more room to breathe, he bounces and twists on NYC rap tracks like ‘Living Gud, Eating Gud’. He definitely can turn a phrase (“Posted with the leather daddies tryna get the bear necessities”) but often chooses pace over word-choice. And just when he show some unexpected vulnerability on ‘Rotation’, he’s quick to laughs it off (“I thought I was on my Drake shit… that’s not me”).

Some tracks feel underdeveloped, and relying on club-ready beats often leads Cakes falling off the beat (on ‘It’s Not Ovah’ especially), but there’s a lot to like here; as he raps on ‘Truth Tella’, “Who the fuck coming realer!?” 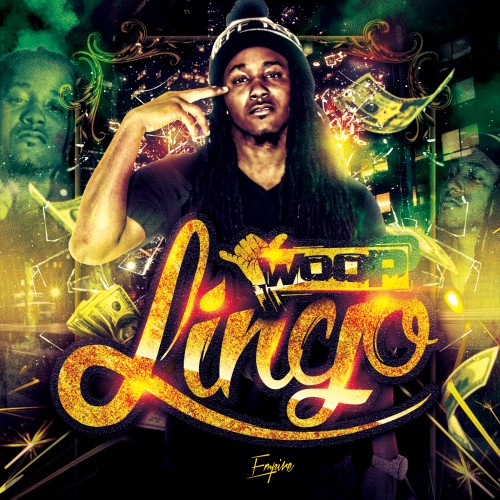 Hailing from Orlando, Florida, Woop’s suburban gangster tales are a breath of fresh air in a world of Rick Ross, Plies and erm, Stitches. Woop Lingo is an impressive achievement – it’s a mammoth nineteen tracks, all of which we clearly don’t need, but unlike recent drops from, say Gucci Mane, the production value is surprisingly high throughout.

Bar an appearance from Atlanta rapper Peewee Longway, there aren’t too many attention-grabbing guest appearances either. This is Woop’s moment, and he asserts his dominance with a smart, cynical take on the well-worn strip-club sound. There aren’t a great deal of surprises, but with massive tunes in the shape of ‘Trap Bubblin’, ‘Wrapped Too Tight’ and ‘Damn’, who’s complaining? 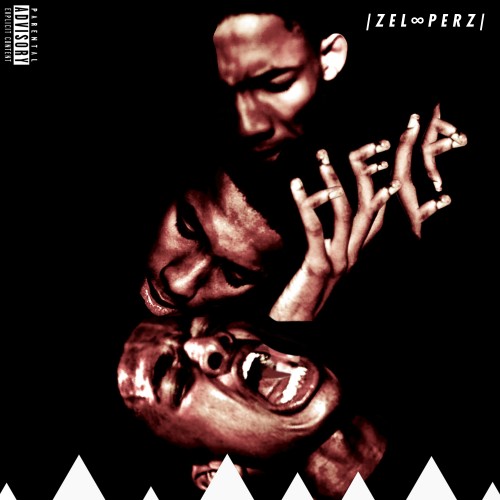 Detroit rapper Zelooperz is a part of Danny Brown’s Bruiser Brigade, and he fuses his patron’s left-field approach with the free associative spirit of Lil B and the squealing delivery of Lil Silk. He sets the tone of Help with ‘Heir To The Throne’, introducing his oblique, off-key, and off-beat sing-song as askew lyrics (“girls pick me like dandelions”) bleed over into adjacent couplets and do battle with his whacked-out ad-libs.

While his flow takes some getting used to, the claustrophobic, pneumatic productions provided by newcomers Matrax (who produced more than half of the tape), BulletProof Dolphin, DAG, and others are immediate and intense. ‘El Chupacabruh’ revolves around an ‘Everything In Its Right Place’ microsample and a variety Mac noises; ‘Tonight Show’ is a spun-out turn-up anthem.

Zelooperz is certainly undaunted by the challenging beats, stepping up his game when Danny Brown is featured (“smoking on dope / bonfire / getting higher / Bon Iver” on ‘Thunda Cats’). He’s also not afraid to mix it up: he slows it down and adds a touch of #sadboy on ‘Dungeon Alive’ and ‘I’m So Sad’, but misses the mark on the metallic ‘Saggin’. Still, we’ll always pick a rapper taking chances than sticking to the same old tricks.