What Is This Heart? 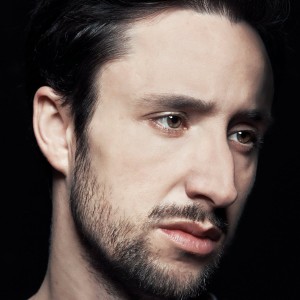 There’s always been two Tom Krells that come to mind at various points when listening to his music. One is the guy with a smile playing almost invisibly around his face as he sings impassioned ad libs through a smoke machine and a pane of glass, as in this incredible video with Active Child from 2011, turning in an R&B jam with lyrics that sink to the bone and throwing himself into the aesthetic and the spirit of it with the faintest hint of a wink. Then there’s the Tom Krell who made the Just Once EP, an orchestral ode to a recently lost friend, and who performed at London’s XOYO last year unamplified and acapella to a pindrop-quiet basement: a man placing no smoke or mirrors at all between himself and his audience.

The interplay of these two figures that exist in Krell’s music as How To Dress Well creates problems for his listeners, and has led to cynicism in response to his previous two albums Love Remains and Total Loss. Among the criticism Krell typically receives there are a couple of distinct camps: those who seem to believe that true emotion can’t be wrung from mainstream pop music, and look with disdain on Krell’s exoneration of those influences, and — perhaps worse — those who look at Krell’s use of pop musical tropes with reverse snobbery. Because Krell’s an academic guy who speaks of the emotional effects he’s trying to achieve in interviews, and because he’s consciously drawing links in his music from a catalogue of references (see the regular mixes he releases to accompany his records, such as the recent NO WORDS TO SAY, which basically reads like footnotes to the new album itself), some question his sincerity.

Most troublingly, this attitude holds the implication that the biggest mainstream pop artists of our time – Bey, Ri, Yeezy – are making making purer pop music because it has some kind of spontaneous, unthinking quality. As well as this not being true, it makes it seem as though the only way in which pop might genuinely move someone is by accident; as though there still exists some sacred intellect/emotion dichotomy in pop music that means it’s cheesy to admit you were moved in any real way by a Beyoncé track, or to try to recreate that effect with honesty about what you’re doing. It’s that dichotomy that has pop music fans couching their admissions of love for a Rihanna song with emojis and LOLs, perpetually afraid to admit they felt a feeling.

It’s with all this in mind that What Is This Heart? reveals itself to be Krell’s most complete album to date: not because it exactly answers the question of where his position is in relation to pop — nor the question of the title, nor any questions at all — but because it perfectly captures that oscillation that has always been at the centre of his work. As well as oscillating between an “academic” take on pop and an intensely soulful performance, pushing Krell as frontman further into the spotlight than he’s ever been, it delves deeper than he’s ever dared go into the contradictions that exist inside the typical fare of pop music. While he’s written so many times before about loss and love — he’s rarely written about anything else, in fact — What Is This Heart? comes closer than ever to capturing the ways in which those two opposites intertwine.

Crucially, this translates because Krell’s not afraid to make himself weak and vulnerable in his most confident moments; as he says on the sparse and brave album opener ‘2 Years On (Shame Dream)’, he knows that “pride for me [is] cut with shame”. Appropriately for an album that’s poised on a question, the tracks aspire to certainty without ever actually reaching it. ‘Face Again’ booms into life with stadium-sized drums that make the listener believe affirmation is coming, but the lyrics tell a different story: Krell starts out resisting the idea that another person could ever possibly know what is right for him, before being gradually broken down over the course of the track to end up pleading “Look into my face again and tell me what I oughta be…’cause I don’t even know what’s best for me”.

In ‘Pour Cyril’, he asserts that “there’s no pain in this love”, and the impossibly lush arrangement of strings makes you want to believe him. But life is full of little disruptions like the Facebook notification sound that pops into the orchestral swell at 1.13 and cracks through its purity; gradually, electronic sounds worm their way into the track and give it an alien, disturbing edge, until it dramatically shuts off without warning. These songs are familiar, but couldn’t be further from simple: you can climb inside easily, but what you find there is tough.

Even the most explicitly “pop” songs on the record — the breathy single ‘Repeat Pleasure’ and the hand-clapping anthem ‘Very Best Friend’ — expose the tangled complexities of the relationships they’re singing about by both sincerely using and slightly twisting the linguistic and sonic conventions of love songs. ‘Very Best Friend’ plays with the practically archaic “want you/need you” and “I want you baby/I want to have your baby” lyrical tropes in a way that re-invigorates them, Krell blasting them with an open heart over synth bubbles and a minimal, insistent rhythm. (He even slips in the sorry-not-sorry line “I know I can be extra sentimental”.) It’s infectious because it’s classic, and yet offset by the track’s gradual slide into more distorted territory, with things all getting a little Gregorian when ghostly vocals enter the mix. Meanwhile, ‘Repeat Pleasure’ is a straight-up smoky, glass-thumping How To Dress Well anthem that nods to its own addictive quality in the title, and talks of love having created a whole new reality “now that I’ve loved you…now that I’ve known you.” Yet it also dwells on the selfish nature of wanting someone that much, and by the very next track, Krell is already undermining the ecstasy by admitting he doesn’t think he has a clue what love is beyond beyond being “words he can’t remember”. Listening to this album, the central summary comes from the forlorn sample that closes the euphoric ‘Very Best Friend’: “every time I feel I have my footing, I lose it.”

There’s no pain in this love, Krell insists, and yet there’s pain all over this album about love. In the orchestral explosions, the electronic breakdowns, the sad dancefloors moments like ‘Words I Don’t Remember’ and the painfully soul-baring lyrics of ‘2 Years On (Shame Dream)’, this is perhaps the most How To Dress Well album ever made; if you needed it underlining, it all ends with ‘House Inside (Future Is Older Than The Past)’, a gentle acoustic track about poisonous memories that bursts open for a stomping chorus, ending the record with one more example of sonic extremes for the road. “I can’t understand how this world could hold them,” Krell sings, opening up a line of thought that immediately makes you want to skip back to the beginning of the record and repeat the pleasure. How can this world hold all these lives; how can this body hold all these emotions, these experiences, these relationships; and how does this performer capture all these contradictions with such honesty?