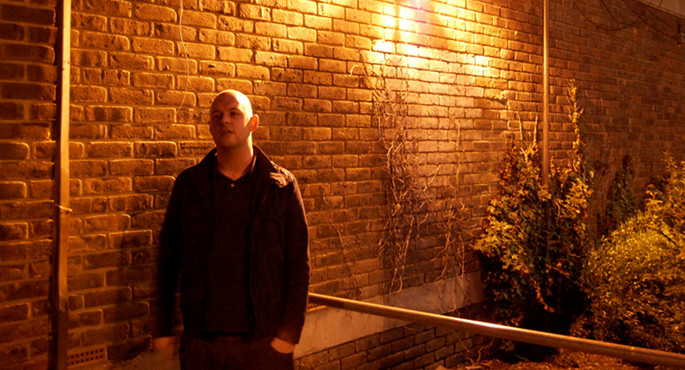 Since debuting on Numbers in 2010 – though he had been around some years before that, running the Grimetapes pirate radio archive and releasing several mixtapes stitched together from pirate footage – Slackk has gradually become a godfather of sorts for the wave of grime producers that centres around Boxed, the clubnight he runs with Oil Gang, Mr Mitch and Logos.

He spent last year helping to break a series of exciting producers – amongst them Strict Face, Chemist and Shriekin – through his monthly mixes and sets on Rinse FM and NTS, and has continued that process with a brace of Boxed compilations. Palm Tree Fire follows a succession of recent EPs – Raw Missions, Minor Triads, Failed Gods – that have explored the links between grime and Eastern, mood-piece style instrumental music.

Speaking to Resident Advisor this morning, Slackk claims that Palm Tree Fire isn’t “some big grandiose statement in the way that some albums can be, but there is a definite tone to it. Maybe a bit more space to it in comparison to some of the other stuff I’ve put out? It feels a bit like the desert when I listen to it, but I think I might be in a bit too deep.”

“I called it Palm Tree Fire because of that, and then found all these mad YouTube videos from LA with trees on fire afterwards, which really seemed to fit in to me for some reason.”

You can stream the first track from Palm Tree Fire, ‘Ancient Dolphin’, below. Those who pre-order the album direct from Local Action will receive an mp3 of ‘Ancient Dolphin’ with their purchase.