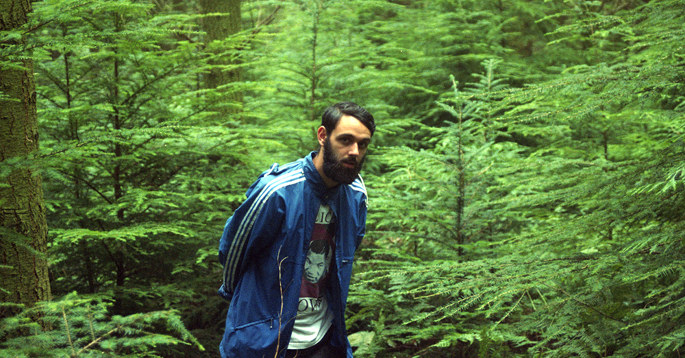 Moleskin’s tracks have been doing the radio rounds for a couple of years now, and last year he inaugurated the Goon Club label with a split 12″ with Samename. The label’s second release was MssingNo’s debut EP, which featured the crossover hit ‘XE2’, named FACT’s favourite track of 2013.

“This EP came together fairly naturally in Spring and Summer last year”, Moleskin explains to FACT, “and initially it wasn’t really thought out too much. I was listening to a lot of grime, lots of Jersey & Baltimore club so I was playing around with those.”

“I wanted to make tracks that were squarely focussed on the club; a lot of the music I made before was really for the space between my headphones, like I wasn’t thinking about making other people dance to it. Most of the time those headphones are borrowed off other people & don’t really work properly and that’s had quite a big impact on the way I made music. Just wait till I get a decent studio set up though, I’m going to start killing off careers.”

“I don’t really think anything has changed [since releasing ‘XE2’], we’ve always taken this seriously. Our label nights maybe have a lil more budget behind them but we’re still three guys DJing and running a record label releasing good records that you buy and play in a club. I’m just doing this so I can go out and not have to think ‘this DJ fucking sucks’ so much.”

We’re premiering the stream of Moleskin’s EP below, it’ll be released on June 30. Keep an eye out for a Keysound EP from Moleskin later this year.