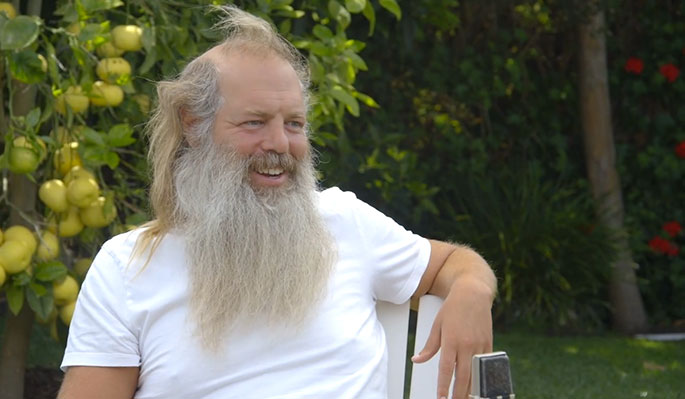 Rick Rubin‘s career is the stuff of legends. As a producer he’s had a hand in more hit records and crucial releases than most, from The Beastie Boys to Johnny Cash, Red Hot Chilli Peppers to Kanye West, and played a large part in popularising hip hop music in the 1980s. And as a music industry professional he’s best remembered as the founder of the Def Jam and American Recordings labels and co-president of Columbia Records.

Despite his legacy, or perhaps precisely because of it, Rubin is not one to speak much on what he’s accomplished in his thirty-plus years in the business. And that makes his rare interview appearances all the more enjoyable. The BBC’s Zane Lowe just scored one such exceptional opportunity, sitting down with the man to leisurely discuss his career over the course of an hour.

Filmed at Rubin’s Shangri La studio in Malibu, the interview covers all key parts of Rubin’s career, from the Def Jam days in his dorm room to finding Johnny Cash, working with Kanye and helping Black Sabbath return last year.