‘You and Me’: a quick catch-up and a new song from Jessy Lanza 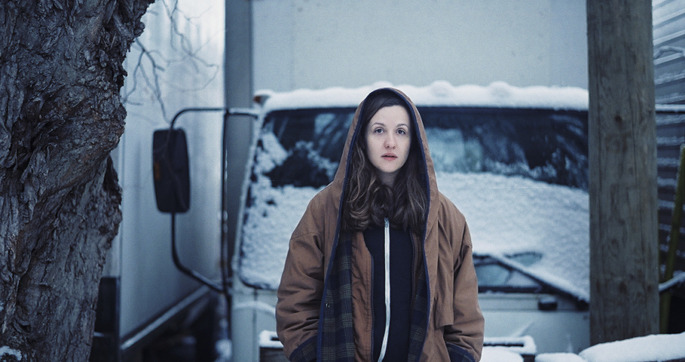 On Hyperdub 10.2, the second of the UK label’s 10th anniversary compilations, “songwriters, vocalists and producers” are showcased.

As the press release for the compilation points out, Hyperdub has housed an “underrated cast” of songwriters in its 10 years, including DVA, Morgan Zarate and Canadian musician Jessy Lanza [above]. With Hyperdub 10.2 out on July 21, we’re premiering Lanza’s contribution to the compilation, ‘You and Me’.

Stream it below, along with a quick catch-up with Lanza, who released her debut album Pull My Hair Back last year.

Hey Jessy, what’s new with you? How’s life been treating you this year?

You’re doing the festival circuit pretty hard, is it a slog? How far along the line do you think your live show is at this point, in terms of where you want it to be?

I like playing festivals, but watching other bands on big stages makes me wish I had more lights that did cool shit. Other than that I don’t think that my live show could be anything more than it is right now. I think that every tour you find something to improve upon or some addition to make the show better – for me I think it would be having another person to do some percussion rather than just running all the drums through my computer.

Have you had much time to record new material? And how do you find writing on the road – is it a bit of a pain not being in a studio, or do you find the travelling time useful?

All the idle time when I’m traveling is good for just trolling around the internet and finding new music and collecting samples to use when I get home. I haven’t been getting much work down though – maybe an idea here or there but I can’t do any work on my album until I’m home.

You’ve done a couple of mixes in the last year, are you gonna start doing sets in clubs?

I haven’t thought too much about it, but yeah maybe.

Tell us about the track you’ve contributed to Hyperdub 10.2. Is it brand new, an album off-cut, or what?

It’s a song that I’ve been playing live for a few months but there was never a final mix, so when Hyperdub asked for a new track to go on the compilation it seemed like a good opportunity to actually finish it.

What records have you been really into this year?

I really like Future’s new album so that’s been a consistent part of my day. I’ve also been listening to Fatima Al Qadiri’s new record a lot in the last few weeks and it’s amazing as well. Also, if ‘Yas Bish’ is any indication of what Nicki Minaj’s new album will be like than I am very much looking forward to that.