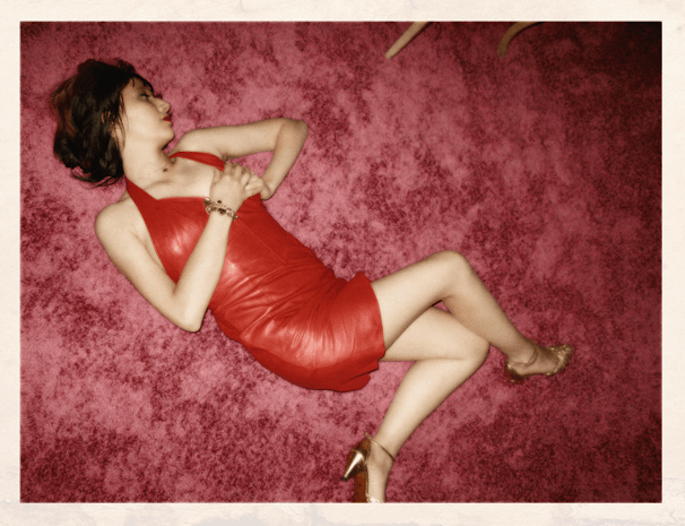 The art-rock icon strikes out on her own.

Karen O will release her first solo album, Crush Songs, on September 8/9 via Julian Casablancas’ Cult imprint. True to the title, she writes that the album is “the soundtrack to what was an ever continuing LOVE CRUSADE”; her full, handwritten-note is below, along with the album cover.

In 2006, a demo by the vocalist entitled KO at Home leaked, much to her chagrin. Apart from her work with Yeah Yeah Yeahs, she has also recorded a handful of songs for film soundtracks. 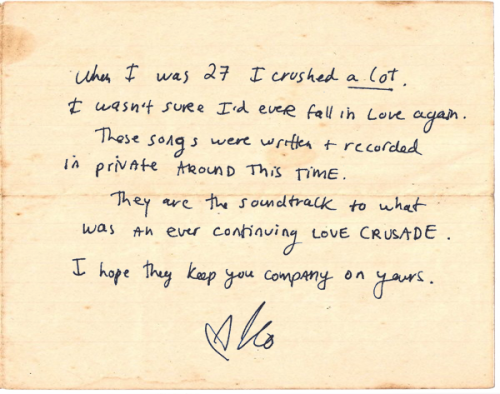 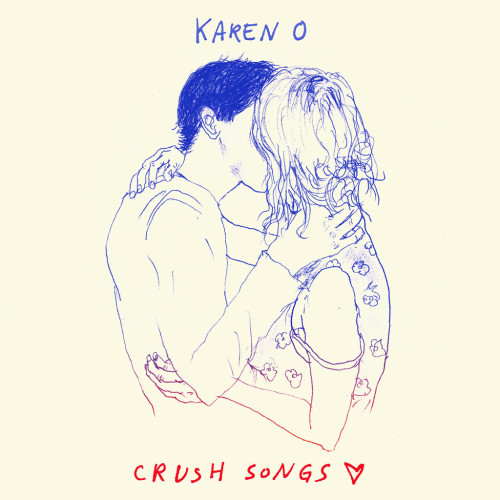