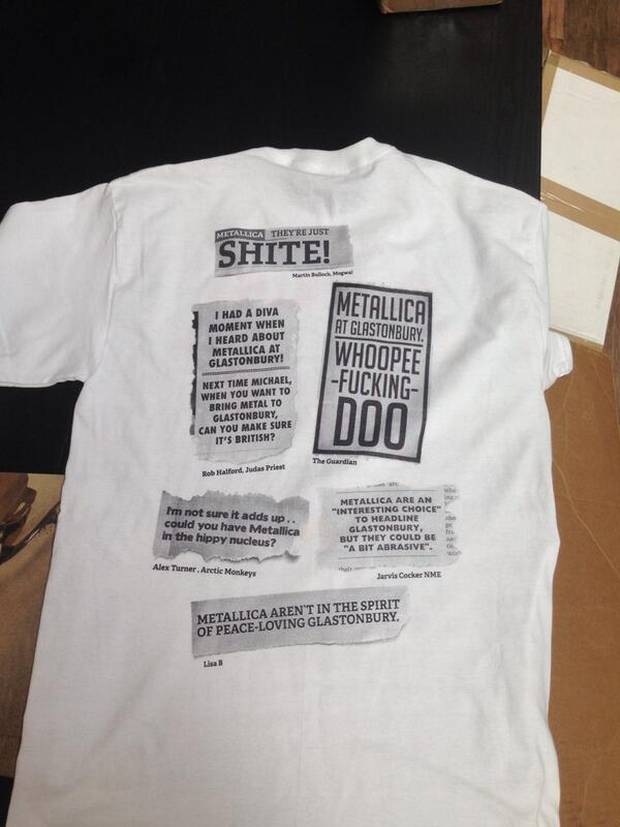 Metallica, despite being a monstrously popular band, didn’t prove too popular when announced as this year’s Glastonbury headliners.

In a similar vein to Jay Z getting a legion of dullards’ pants in a twist when he headlined the festival in 2008 (Noel Gallagher whinged, Jay Z responded in the best way possible), Metallica’s headline slot has led to a stack of “not right for Glasto!” type moans (and, granted, more legitimate ones about James Hetfield’s status as a rubbish human being). Anyway, one of the most memorable comments on Metallica came from Mogwai, who shared a set time with Metallica last night.

When quizzed about why Metallica represented a controversial booking in the lead-up to the festival, Mogwai drummer Martin Bulloch simply responded “because they’re shite” (echoing the famed “Blur: Are Shite”) t-shirts that Mogwai sold at gigs once upon a time. And to be fair to Metallica, they’ve taken it in their stride, peddling the above t-shirt as festival merch.