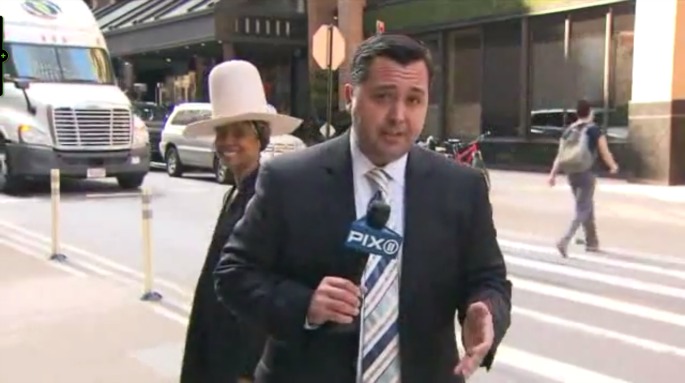 Erykah Badu gives good troll. On Friday, news anchor Mario Diaz (from New York station PIX 11) was on the Midtown streets reporting on Shia LeBeouf’s arrest. His broadcast was unexpectedly interrupted by the neo-soul singer, who, bizarrely, walked past, and started pissing about in spectacular fashion.

Badu, wearing a hat of Pharrelian magnitude, strides into shot, makes some obscene gestures, manhandles the reporter and attempts to kiss him on the cheek. An unwitting Diaz refers to her as a LeBeouf “fan” – and whoever first uploaded the clip to Vine clearly wasn’t au fait with Badu’s work either, plumping for the tag “Crazy Woman Attacks Reporter”.

Badu initially denied it was her on Twitter, but went on to confirm her unlikely appearance. Badu is, naturally, a pivotal figure in our recent history of the evolution of neo-soul in 30 tracks.