And this one time…the best Bandcamp releases of the month: July 2014 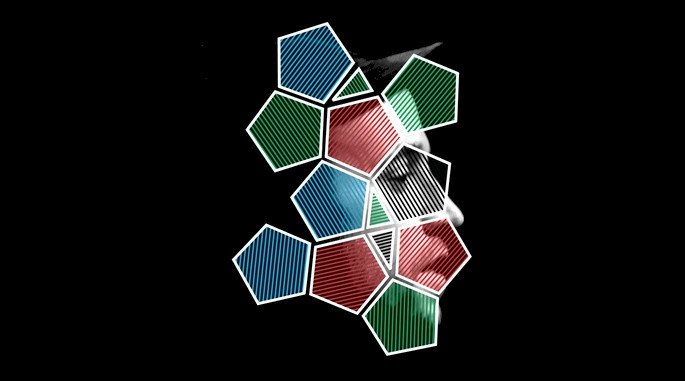 Up this month, we have a singular voice from the Arizona via L.A underground, digital cumbia from Quebec via Buenos Aires, a South Korean modern classical artist making electronic music, new school jazz from Jose James’ in-house drummer, loose vibes from L.A, a tribute to Global Communication and a dedication to 90s rap and Dutch hardcore, concluded with the recordings of a man who survives by playing in the streets.

I first discovered N8 NO FACE via Crimekillz, an 8-bit punk duo he formed with Scumbag Tony. It was Kutmah who introduced me to the tracks, which would invariably draw a reaction from the crowd when the uncompromising punk rage came crashing out of the speakers.

Originally from Tucson, Arizona, and now relocated to L.A, N8 has hooked up with Hit+Run (the same collective who do the t-shirt installs you may have seen in London and elsewhere) for the release of his solo album. The result is a 40-minute ‘tape’ brimming with ideas recorded over the past five years and showcased through more than twenty, well-realised short tracks that hop from style to style without jarring. Club rap, 8-bit punk, sad songs, folk, electronic music, N8 tries his hand at pretty much everything, in the process revealing that the real star of this album is his voice. Able to seemingly fit any style he chooses to approach, whether rapping, telling a story or even lamenting, N8’s voice is rough around the edges but brimming with energy. In fact it sounds a lot like a life that’s already well lived.

Fittingly the release is completed by a remix from Giovanni Marks, aka Subtitle, thus nicely completing a circle between L.A’s present and past. If you enjoy this, you should also check Money Green Viper, Zackey Force Funk’s debut album also on Hit+Run. Zackey is none other than N8’s older brother.

This is actually an old one, released 4 years ago, but I only discovered it recently and don’t think it made much of an impact outside specialist circles. Linking up with Buenos Aires ZZK, who in their first five years have become one the most vibrant homes for digital cumbia and its continuous evolution across south America, Poirier delivers what he does best: a killer riddim built for the dance. Apparently inspired by the priest from Indiana Jones and the Temple of Doom, it’s Poirier’s frequent collaborator Boogat who provides the leading vocal. Sure fire waist-whining ensues.

Now here’s an interesting one. I discovered Sima Kim via a random Soundcloud link on Twitter for a collaboration with Ryuei Kotoge, who I knew from his affiliation with the Day Tripper Records collective in Osaka. As it turns out Kim is a South-Korean musician with a classical training who taught himself tape music. Influenced by musique concrete, avant-garde and minimal composers, Kim has spent the past few years releasing modern classical, ambient and drone works.

On Ur Silhouette he takes a full 180° turn with a six-track of modern electronic music and hip hop. These are the kind of clean, bright and rolling “laptop” beats you’d expect to find from a 16-year-old kid on Soundcloud – albeit with a quality and sheen that’s rare to find amongst producers of his age. The EP features three vocal collaborations, with New York’s Jaasaam, Mexican rapper Josue Josue and lastly Gregory Hoepffner, that range from melancholic electronic ballads to dreamy raps.

Unusual in its genesis, Ur Silhouette is a rewarding listen and an interesting insight into what happens when musical world collides today – the sort of collision we’re only likely to hear more of as art and culture continues its hasty spread via the internet and recording technology.

Richard Spaven is a drummer whose name I first came across after his live collaboration with Flying Lotus and Dorian Concept. As it turns out, Spaven got his break drumming at Mark de Clive-Lowe’s Freesoul Sessions in London in the mid 2000s. Since then, he’s established himself as one of the capital’s finest drummers, working with Jose James and 4Hero among others. On stage, he’s a regular fixture of Jose James’ band, and has toured with The Cinematic Orchestra and Ty; having seen him in New York recently, I can attest that he is real nice with it.

Spaven’s 5ive is his own band, with Grant Windsor on keys and Neil Charles on bass. As with the likes of Shigeto and Anenon, Spaven’s solo output sits comfortably between his jazz roots and his interest in hip hop and electronic music. The EP features Jose James on ‘Maz’ and DJ DooWoop on ‘Zeebra III’.

Los Angeles: sun, clear blue skies, a shifting radio dial and copious amount of weed. That’s one mental picture you might get listening to Iman Omari’s latest compilation of tracks, which are, by his own admission, out there for you to ‘vibe to’.

Handling production and vocals, Omari throws up a mix of flips and rap sketches, loose and disconcerting in the now-familiar L.A fashion. Rough, but still ready.

Bristol’s Huess pays homage to Global Communication’s 76:14, the ground-breaking debut album from Tom Middleton and Mark Pritchard. Apparently somewhat freaked out by the realization that the album is now 20 years old, and able to remember when he played it on student radio (I can relate), Huess decided to draw from the original for his own tribute. Built around most of the samples from the original, Huess’ tribute clocks in at 15 minutes and 16 seconds and sounds like a fully tripped out 21st century version of the original.

Have you ever wondered what it might sound like if someone took rap and ‘90s Dutch Hardcore and blended the two? Well, Coco Bryce is obliging you with his latest EP and six tracks that bring together two of his favourite musical loves. The Dutch producer has been doing this for a while, most apparent on his second album Club Tropicana, but on The Lover he’s refined the approach to perfection.

The result is a short but intense ride into 21st century sampledelia with bursts of crunchy, neck-snapping breaks, booming drums and colourful, bright and intense melodies and samples. Two cuts come with raps from Hamilton-based New Slang.

Considering how much Hardcore has been pillaged by the likes of Flosstradamus – and by pillaged, I mean entirely lifted – it’s refreshing to hear someone take a much more light-hearted approach to the whole thing.

This month’s tag was ‘road’, inspired by the fact that I was preparing to pack up for three weeks on the road as I wrote this column. Scrolling through the results, the cover of Road Songs caught my eye and what I found was beyond anything I’d imagined.

In the words of the artist himself: “These are the songs I’ve been playing on the streets for the last 6 months, in order to survive. They have taken me to Holland, Scotland, Ireland, Wales, and now Israel; with no plans of stopping anytime soon. These recordings are very very rough, me in front of the wrong kind of microphone, playing just like I do when I’m sitting on street corner somewhere. But it was time to put these thoughts and ideas in the world.”

There you have it, the sound of a man who left Chicago a year ago and has been living on the road, learning about himself and what his place in life is. The music is exactly how he describes it and that’s really the only way you’d want it.