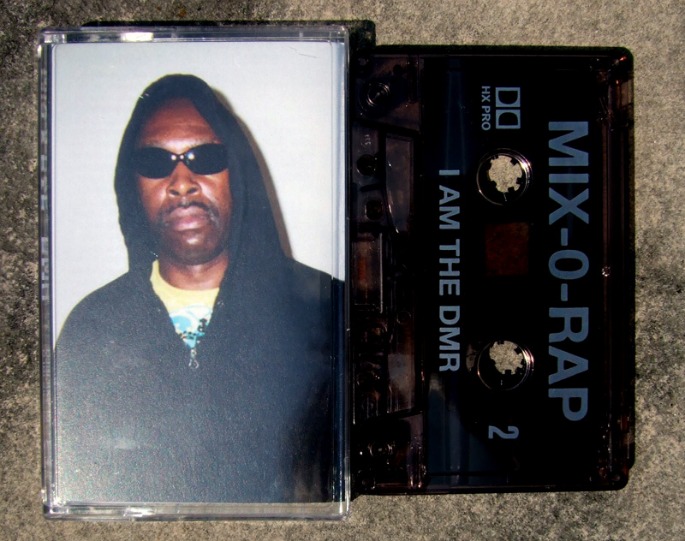 Anyone who dug PPU’s exceptional 2013 Dwight Sykes reissue will fall hard for Mix-O-Rap’s I Am The DMR – an album of punishingly lo-fi go-go and rap that’s been on heavy rotation in the FACT office.

PPU first encountered Mix-O-Rap’s work when they featured him on 2009’s District Maryland Virginia: Compilation Of The Rarest Synth Funk Go Go Boogie 1983-1985 compilation. They’ve kept fairly cagey about Mix-O-Rap’s biography, but a little snooping about suggests that the rapper/producer is South Carolina’s Billy Littlejohn-Bey. A Discogs scan points towards a couple of releases of scruffy electro-funk through his own Littlejohn label in the mid-1980s, and he currently hosts a radio show on Blog Talk radio under the name DJ Blak (he also appears to have been putting out music privately for some years).

This new cassette release, I Am The DMR,  features six scruffy originals, recorded, according to the label, “by any means necessary”. Album track ‘I Am The DMR’, available below, is indicative – a stygian groover, that, depending on which staffer you collar, variously recalls Sensational, Mark E. Smith and Death Grips.

I Am The DMR is available now over at the PPU store.