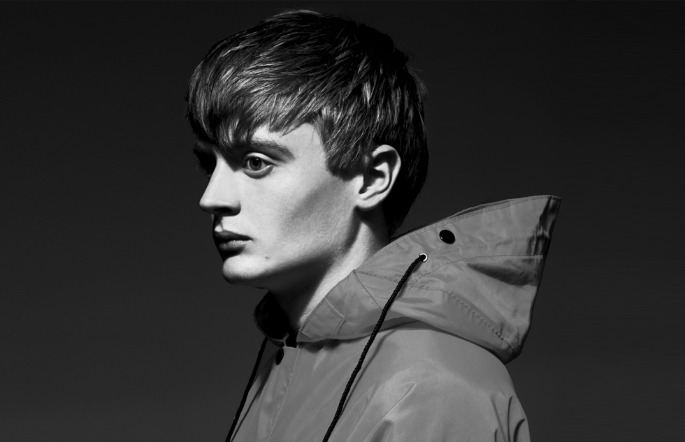 If you haven’t listened to Lxury’s glimmering summer EP yet, it’s time to hit play and get to know.

Andy Smith is a Croydon-bred producer who’s often talked about in the same breath as a wider crop of young producers working in that house-pop threshold, and yet his sound is taking on a life of its own.

He cites the dubstep movement as “a good influence” and he’s got links with Disclosure (his old school pals, who initially signed him to their own Method Records before he moved to Greco-Roman to release the new Playground EP), but while both of those connections suggest something about his sound, neither quite sums up what you’re in for with Playground – the title track in particular has splatters of the neon palette of Rustie, TNGHT or SOPHIE slapped over a more laidback house groove.

To celebrate Playground’s release on Greco-Roman, Lxury is streaming a previously unheard track today exclusively via FACT. Stream the irrepressible ‘Company’ below and read our chat with Smith about how he came to create such a sunny EP in a darkened room using samples from tapes found in skips.

Hey, Lxury! Are you hitting the festival circuit this summer?

Hello FACT. Yes I am, doing Glastonbury, Bestival, Secret Garden Party, Reading/Leeds.. some interesting European ones too, a nice range

Are there any in particular you’re looking forward to?

I really like Secret Garden Party. I like the festivals where you stop and appreciate the intricacies, lots of small details, like a lot of love has gone into it. Going to Glastonbury for the first time too, so no more “oh my god you haven’t been to Glastonbury.”

What can you tell us about this new track, ‘Company’, you’re sharing today?

‘Company’ I wrote straight after I wrote ‘J.A.W.’. It might be the cleanest moment on the EP, the chords are actually a tom drum and the vocals are from Stockholm.

What put you in a childish and playful mood for the Playground EP?

I don’t know why it sounds the way it does… I wrote most of that music in a dark room under a motorway. I can’t remember feeling particularly childish, it should probably sound more like how a lack of vitamin D would sound.

When you’re making a track, where do you start? What’s the process like for you – are you a ‘bedroom producer’?

I’ve been making music in my bedroom since I was 16, so really I am, but I always think that term makes it sound like you prefer watching TV, deep down.

Tell me about the Greek guitars on Raid; why did you choose them? What instruments do you play?

I found someone’s old tape collection in a skip on the way home once and one of them was a set of Greek folk songs. I love the guitar but I can’t play it, so that was my way of including one on the EP.

You’re good pals with Disclosure; how far back does your friendship go?

Yes, we all went to the same college. I’ve made a lot of music with Guy, we share a lot of common interests there… we also made a horror film.

Do you have ambitions to branch out into working with pop vocalists and rappers like them?

I’ve worked with a few rappers now, that’s always good fun, they work in their own separate ways, especially when recording, they have their own techniques that work for them which I like.

Why did you pick the name Lxury?

I actually picked the name ‘Luxury’ originally. I had to appease a Christian folk band with the same name by removing a letter and now it’s ‘Lxury’.