Open Your Mind! 35 stunners from back when progressive house wasn’t terrible 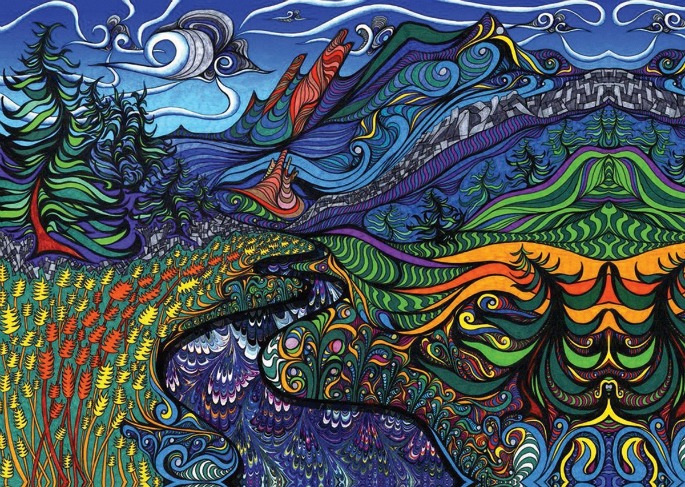 Progressive House is one of the biggest misnomers in music.

The sound isn’t progressive, it never has been progressive, it never will be progressive. It’s the most conservative kind of groove you can imagine, the keystone of a dance music establishment that has little-to-no interest in doing anything new or letting anyone doing truly new things into the fold. It’s clunky, it’s boxed-off and four-square in its rhythms, it represents a massive denial of house music’s black and Latino history and, perhaps worst of all, it’s unutterably boring.

HOWEVER, it wasn’t always thus. Well, in quite a lot of respects it was – from the very beginning when it started bubbling up in the UK, Holland and Italy, prog house was always a retreat from the weirdness of techno/electronica and the mania of hardcore into a safe, solid, four-by-four box – but there was a brief period when that was fine. Through a gradual build-up from late 1990 through 1991, and a heyday in 1992-3, these tunes were inescapable, and for the most part you wouldn’t want to escape them, because they were endearingly, clunkily, brilliant. The people who founded the scene might’ve been snotty old geezers with stupid leather waistcoats, but the music they facilitated was dancefloor dynamite.

Like the early trance tracks in our previous list, these are gloriously honest tracks, purely about the pursuit of the pleasure principle, delivered with naïve enthusiasm. The formula is so simple – a chugging one-note mid-range riff, a looped sample or two, some bongoes, a floaty bit, a “dubby” (i.e. two-note) bassline, maybe a phased or flanged breakbeat clumsily plonked over the house rhythm. None of the complex shuffle of American house or garage, maybe some crass signifiers of “tribal” intent (i.e. loads more bongoes and a random African voice or two), and occasionally a tinkly piano. But there was still rave spirit to it.

This stuff was STAGGERINGLY popular. There are a bunch of massive chart records among our picks here, and it was the sound of the beginning of the superclub revolution, culminating in the 3CD Renaissance mix by Sasha and Digweed, which had a 98% chance of being the soundtrack to anybody skinning up in a student shared house in 1994. But by that year it was all over bar the shouting, really: the formula had been rinsed to death, no more interesting music was being made, and the founders of the scene had either gone off to find something more worth their time or got smack habits.

There’s not much to say about quite a lot of these tracks, because a very great number of them sound exactly the same; there were tracks that we decided fell too far into piano house (but only just), or breakbeat, or trance… so these are prog house pure and simple. But it’s striking how much, for all their formula and simplicity, they can still evoke the warm-and-fuzzy magic moments they soundtracked. And there are quite a surprising number of names involved who managed to make it through to the present day with reputations more or less unscathed too…

Trance is the greatest dance music of all, and here’s 34 reasons why
Spiritual Aura: 33 of drum’n’bass’s greatest soulful rollers
Let’s Fackin’ Ave It! 21 diva-house belters that still sound incredible
Sniff and Destroy: the 25 heaviest eye-bleeding techno rippers ever made
From Khonnor to Caribou, 36 Indietronica classics

Weatherall (for it is he on the remix), as per usual, ahead of the game. Quite a bit of his Sabres Of Paradise output overlapped with the prog house scene, but this was the one that set the template for an awful lot of records.

This was really the big one that kicked it all off though. Still eminently playable today, even with the cheap piano sound.

Full-fat Italian cheese, perfectly on the cusp of rave, Italo-house and prog. Their ‘Funky Guitar’ as TC1992 was equally massive.

People from Rotterdam, the home of gabber, used to laugh at Amsterdam for producing such wafty music, but actually this sounds pretty tough in retrospect. Just perching on the garden fence between prog and trance, it captures the breathless joy of dancefloor peak moments perfectly.

Another template-setter, and an early hit for William Orbit’s Guerilla Records which, for better or worse, became one of the key labels for prog. This one’s gigantic fun.

One of the lasting questions of prog house is “where is Fabi Paras?” For three or four years, every single track seemed to come with a remix featuring his trademark clattering layers of bongoes and congas and timbales, then – nothing. Anyway, this was a classic of his own micro-genre.

A bona fide chart smasheroo, not once but twice (after it got bootlegged with Degrees of Motion’s ‘Do You Want it Right Now’ vocal), it has maybe lost a little of its power through over-exposure, but try and listen with it with fresh ears and you’ll hear why it had and has such staying power.

More or less a Leftfield alias, while they got stuck in contractual hell, this is a classic of the cheesy “ooh by taking drugs we are all tribal primitives actually yeah?” subgenre – but is a thing of joy for all that.

*Pop-prog klaxon* But that main riff is so perfectly the encapsulation of the sound, and the time.

Relatively sophisticated this one, definitely one for the leather-trousers massive to shuffle to tastefully – but has really aged well.

More cultural appropriation ahoy. This was Justin Robertson’s solo debut, and is full of the kind of hamfisted “dub” that bears as much relationship to Jamaican music as 2 Unlimited do to Jeff Mills – its B-side was called ‘Roots’n’Culture’, dammit – but, actually, as with so much of the best British music, attempting to do something and getting it wrong is what leads to the best results.

More Italian gorgonzola. This one was inescapable.

Spiritual Records out of Haarlem, Netherlands was one of the cooler prog house labels, inasmuch as it was possible for prog house to be cool, and this was their first release. Every cliché present and correct, but done with style.

Very possibly Guerilla Records’s finest moment – made by NME writer “Sherman At The Controls” and featuring some of the most moving cellos in all dance music. Samples of someone going “c’mon!” were the biggest cliché of them all at this point, but somehow, by making it into an asthmatic hoot, he turned it sublime.

Justin Robertson again, with some timbales he’d nicked off Weatherall, a funky-country harmonica (the idea for which was nicked off Lemon Interupt aka Underworld’s ‘Big Mouth’), and some lumpen breakbeats, all adding up to a stone cold killer tune.

Trust Glaswegians to take the genre and make an absolute taps-aff, chew-your-own-face-off winner of a tune from it. And what a title, too.

Even more flagrant in its “tribal” exoticism, whereby any old random drums+chanting chucked over a loop would suffice as generically African, this Italian track is still a banger, right?

The epitome of a tune for the leather-trousers-and-greasy-ponytail home counties post-Balearic wideboy gang, but none the worse for it. Warm and sensual in its clunky way.

This was actually first released under Spiral Tribe’s name, and shows how close the hippie free party movement were to all this. Two seconds into this track and I’m already miles away, standing on the South Downs watching the mist rise up off the plains at sunrise.

So cheesy. SO cheesy. But so good.

AKA Brothers In Rhythm, who’d already had a massive rave/chart hit with ‘Such a Good Feeling’ but wanted to be a bit cooler and more underground. Just enough American house keeps this one sounding pretty crisp and fresh, still.

Underworld under the pseudonym they used to sign to Junior Boys Own, with 12-plus minutes of spacious wonder. Another one to stand in a muddy field and feel like a god to.

A Spandau Ballet guitar lick and JUST enough funk to justify the title.

Deep prog? Actually you could quite legitimately peg this as a deep house track – but it was so roundly hammered by DJs on the prog house scene that I’m claiming it for this list, so nyurrr.

Gipsy also formed a third of Havana, but deservedly gets a second mention for this one which is every bit the spine-tingler that ‘Schtoom’ is.

Gets points for playing the bog standard prog house riff on an accordion; double points for being a heads-down, sweat-your-liver-out peak-time beast.

Prog given a lick of sophistication paint and a dose of LSD, this actually manage to mildly bother the actual charts, which is not bad for a basically psychedelic instrumental.

No sophistication here really, and bothered the charts rather more significantly. Crass but brilliant – as is the none-more-nineties video.

The Dutch were the ones who really mastered the percussion thing; The Goodmen’s ‘Giving it Up’ was the biggest, boldest, most popular example – but this is one of The Goodmen doing it a whole lot more subtly.

Ashley Beedle and David Holmes showing the rest of prog house what time it was, production wise. DJs had to be careful as an awful lot of contemporary records were shown up as the cheap and tinny confections they were next to this one.

OH MY GOSH I’M HAVING A RUSH

Still haven’t found out who this act were. They released two twelves with no info beyond a logo, and of the four tracks therein only one is on YouTube. This is the epitome of 4.30am prog, all the cliché elements there but reined in a bit, and with a lovely flute to tickle your synapses when you need it most.

Simon Ratcliffe, who would go on to form Basement Jaxx, with one of prog’s last gasps of excellence as all around him were tumbling into tedium and predictability.

Well, thank God for raging homosexuals in the dance, really. On Fresh Fruit, which gave us Goodmen and loads of other pumped-up Dutch goodies, this gave the corpse of prog a good sniff of its poppers, and it immediately leapt on a podium and gave it one last go at reaching for the lasers.