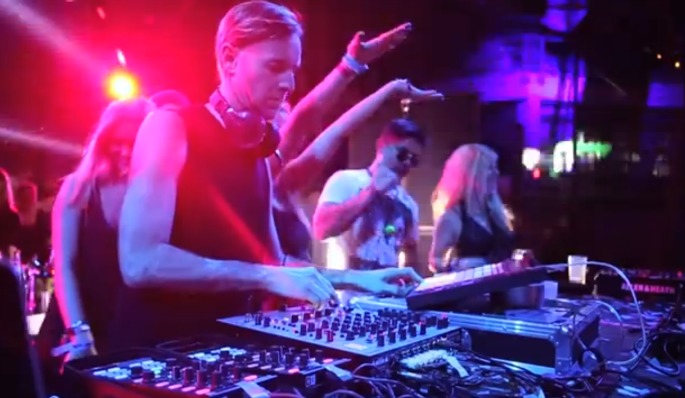 Not in Ibiza this summer? Richie Hawtin has you covered.

For the third straight summer, Richie Hawtin will bring his club concept ENTER. to Ibiza’s Space nightclub, and this year’s residency will be live streamed on an all-new ENTER.AV channel. Unlike a traditional, fixed-cam live stream, ENTER.AV will be “curated” by Hawtin and company, moving from room to room as if viewers were there.

ENTER.AV will stream all 14 ENTER. experiences, every Thursday night starting at 9:00 pm CET. In addition, Hawtin has announced the release of ENTER.Ibiza 2014, a four-disc collection of mixes by Matador, Apollonia, Matthew Hawtin, and Bella Sarris. The compilation is due out on July 27.

As any Hawtin fan worth his/her salt knows, the minimal house pioneer just released his first set of new Plastikman recordings in over a decade, EX. To mark the occasion, FACT’s John Twells ran down Hawtin’s best deep cuts. [via Beatport]