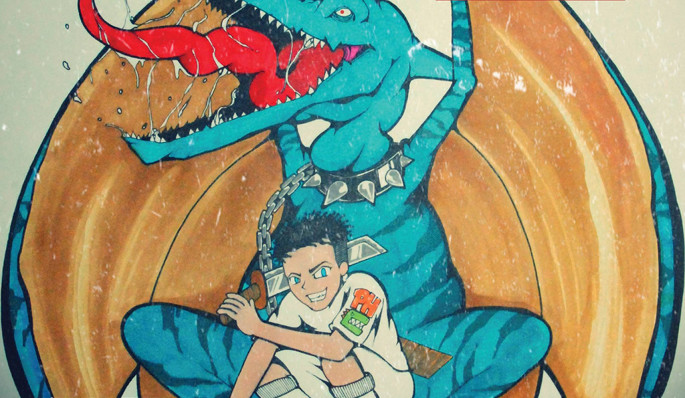 There are plenty of new faces in this week’s round-up, but don’t let unfamiliarity stop you: there’s modern country rap, Chicago street heat, Bay Area slappers and one of the weirdest Atlanta tapes of the year. 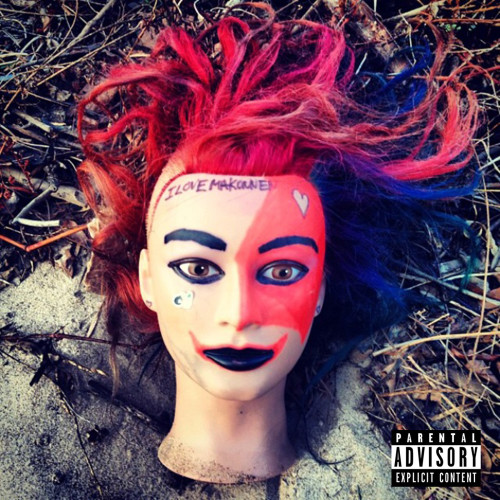 Mixtape of the week:
MAKONNEN
I LOVE MAKONNEN

One of this year’s underappreciated developments is Atlanta rappers going all emo-rap in a way that is more Fueled By Ramen than fueled by Anticon — there are moments on Young Thug and Bloody Jay’s Black Portland (or Jay’s ‘Don’t Know’) that could be played at the Warped Tour. On his latest effort, Atlanta newcomer Makonnen is carrying that torch, with wonderfully weird results.

Mostly produced by Metro Boomin and Sonny Digital with a handful of fellow Atlanta hitmakers along for the ride, I Love Makonnen sees the beatmakers indulging their stranger impulses with a rapper/singer that is certainly in his own lane. The moody ‘Too Much’ sets the tone, with Metro Boomin turning down his ‘Karate Chop’ synths as Makonnen warbles like the frontman of some forgotten darkwave-meets-emo band.

Unsurprisingly, Makonnen’s approach works best when he’s brokenhearted and star-crossed, like on the trancey synthpop of ‘Tonight’ and lost-love ballad ‘Sarah’. And while his half-sung/half-rapped flow can be languid, his lyrics are bonkers: “I’m all in every city cuz I’m bout my dough / that hoe used to fuck with Dan Marino / she ride your wave like a dolphin til you lie in a coffin” and so on.

Find us another guy rapping about 52-year-old ex-NFLers that sings to mannequin heads like a Rap Game Al Snow. And if that’s too based for your taste, highlight ‘Club Goin Up On A Tuesday’ is a pneumatic meditation about midweek partying – who hasn’t been there? 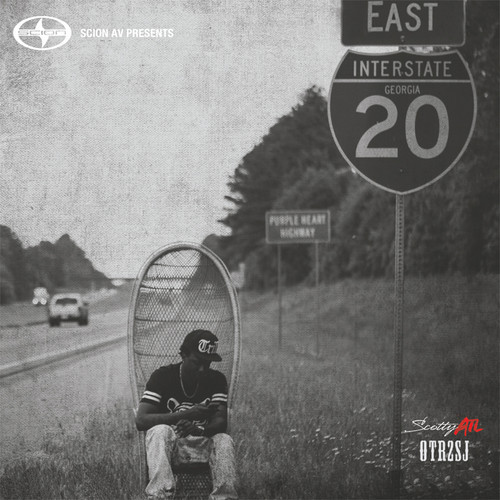 Scotty ATL’s latest drop is a precious, rare example of modern country rap. It’s hardly surprising really that producer Burn One is again at the helm, he produced last month’s extraordinary The Tortoise and the Hare from Blanco, Husalah and Kokane, and without the use of samples (seriously: this shit is performed not snatched) it’s a return to an Atlanta that we’d assumed had come and gone.

Underrated spitter Scotty does admirably taking the lead too, and is confident and likable next to the estimable talent of Killer Mike on highlight ‘Pray Alone’ as he skates the line between lyricism and pure energy. Elsewhere, young HPG producer Childish Major gives a nod to the new Atlanta with the eerie ‘What’s the Formula’, and Scotty excels with a confident, dextrous cascade of rhymes. OTR2SJ might not be the ‘coolest’ tape around right now, but it’s certainly one of the best. 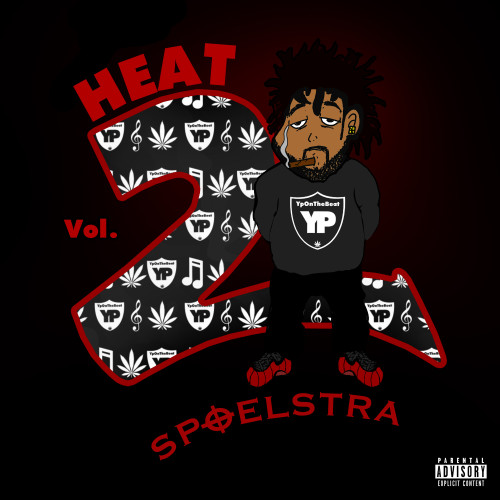 YP $poelstra’s Heat Vol. 1 was just named one of the most slept-on tapes of the year, and as if on cue, the producer-also-known-as YP on the Beat is back with another volume of Bay Area slappers by Richmond rap up-and-comers from the HBK Gang and beyond. Once again, fans of the West Coast’s party rap renaissance will find plenty to like here.

The tape kicks off with ‘Dough’ (which features a synthy bassline reminiscent of Luniz’s classic ‘I Got 5 On It’) and the entire tape tweaks familiar formulas. The easiest comparison is to DJ Mustard’s material, with ‘To The Neck’ and ‘Player’ acting as two takes on YG and DJ’s Mustard’s ‘Take It To The Neck’; J.Cash’s too-short ‘Pullin’ would fit on My Krazy Life.

But this isn’t coattail-riding: YP certainly has his own sound, especially when slowing things down. ‘Amazin’ drowns in bong water and uses crickets as percussion, while Skipper’s bluesy ‘Back To Back’ sounds like slowed-and-throwed soul. Elsewhere, TBHM Wet’s flow on ‘My People’ is as elastic as the track’s spacey beat. Hopefully this volume of Heat won’t be slept-on, too. 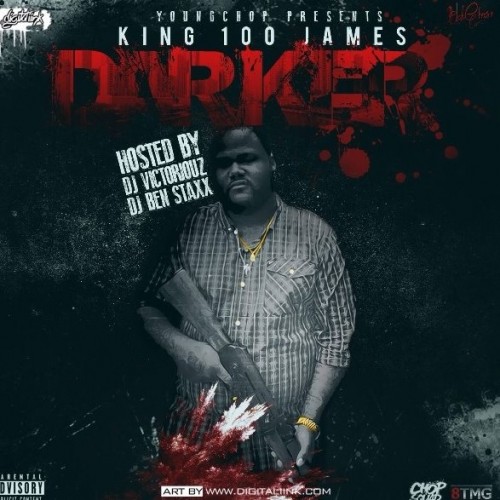 Chicago rapper King100James is a member of Young Chop’s 8TMG crew, and like his patron, he’s finding ways to expand the drill template. Not that there isn’t plenty of angsty street material here — the 808-produced title track is one of the more menacing tracks of recent memory, and he’s in full roughneck mode on songs like ‘Respect’, ‘Ain’t Fuckin With You Opps’ and ‘Driving Me Crazy’ — but Darker is at its best when its edged are softened.

James shows some vulnerability, smoking his pain away on the lush ‘Need Nobody’ and going anti-designer on the populist ‘Regular’. Closer ‘Stay The Same’ finds beauty in the bleakness, as he somberly maintains that “People change / money change / nothing ever stay the same.” At the tape’s midpoint, he teams with producer Colton Tyler for a pair of hazy tracks (‘Take Care’, ‘Weed Song’) that are reminiscent of some of Gucci’s recent half-lidded efforts. As his name suggests, King100James can certainly keep it 100 — but he doesn’t always have to. 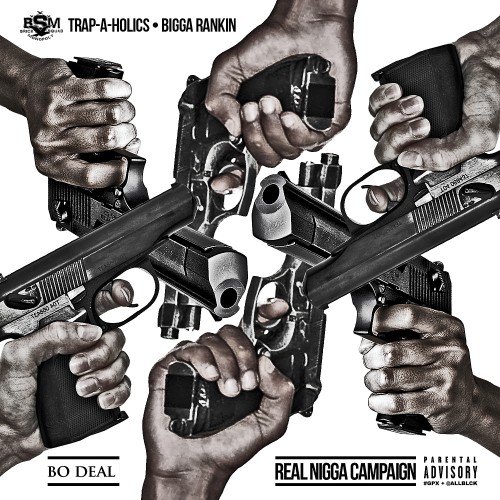 BSM’s Chicago soldier Bo Deal returns with the patchy new tape Real Nigga Campaign, which follows last year’s similarly uneven Thug Education 101. It’s not that Deal isn’t capable – he can spit with the best of ‘em – but all too often his tracks seem to lack the punch of his peers’. ‘Take Off’ is a good example – it’s a decent track, and production is handled by Chicago hitmaker Paris Beuller, but considering the tracks Beuller has had a hand in (Durk’s ‘Dis Ain’t What You Want’ for example), it falls flat.

Sure, breakout anthem ‘Ima Opp’ is still hot, and it shows up here in remix form, with Waka, I.L Will, King Samson, Killa Kellz and more, but as a whole there’s far too much fat and not nearly enough meat. Worth a listen, certainly, but pick the best and delete the rest. 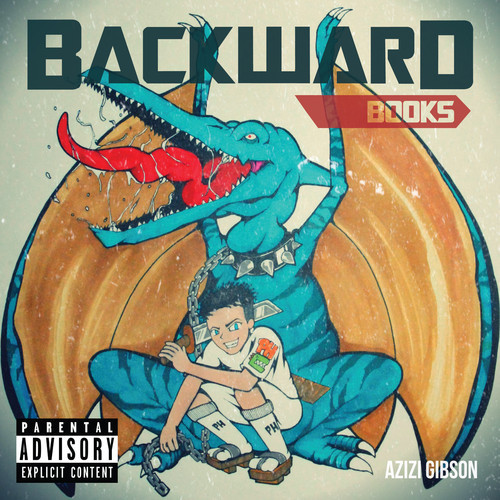 Brainfeeder rap weirdo Azizi Gibson isn’t an easy rapper to place in a particular scene or other. His last tape Ghost in the Shell was a rag-tag collection of styles and ideas, and one thing that stands out instantly on Backward Books is that he seems to have honed his sound considerably. Gibson is at his best when he drops the astral-traveling psychedelia of tracks like ‘Sailor Moon’ and opts to explore his dark side.

‘Smoking With The Gods’ and ‘Eden After Hours’ show how well Gibson can handle the gloomier end of the scale, and the bloodshot production attaches well to the rapper’s spiky, uneven personality. It’s at these moments when you realize that a whole record in this vein could make the Brainfeeder catalogue really pop – let’s hope it’s in the works.