Pink Floyd to release The Endless River, their first album in 20 years… and it might sound like The Orb 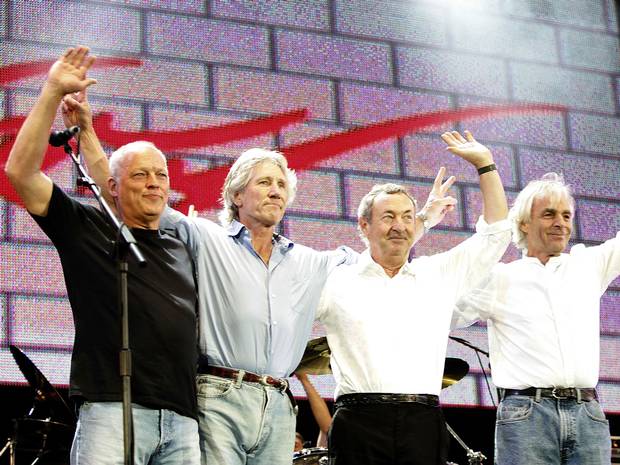 Pink Floyd will release their first album in 20 years this October.

Titled The Endless River, it features never-before-heard material recorded prior to the death of the group’s Rick Wright, and will be based on 1994 sessions for The Division Bell, Pink Floyd’s last studio album.

David Gilmour’s partner Polly Samson revealed the news on Twitter, writing “Pink Floyd album out in October is called ‘The Endless River’. Based on 1994 sessions is Rick Wright’s swansong and very beautiful.”

Durga McBroom-Hudson, a vocalist who collaborated regularly with the band, confirmed the news on Facebook and revealed that the Division Bell sessions from which this new album stems from are the much-mythologised ‘Big Spliff’ sessions – a never-released series of instrumental Floyd tracks which, according to Nick Mason, shared much in common with The Orb.

“The recording did start during ‘The Division Bell’ sessions — and yes, it was the side project originally titled ‘The Big Spliff’”, McBroom-Hudson writes. “It was originally to be a completely instrumental recording, but I came in last December and sang on a few tracks.”

Regarding that Orb connection, the Wikipedia entry for The Endless River names Killing Joke bassist and Orb affiliate Martin Glover, AKA Youth, as one of the co-producers. It’s not the first time the two bands have cross-pollinated – The Orb’s 2010 album Metallic Spheres was a joint venture between Alex Paterson, Youth and Pink Floyd guitarist David Gilmour.

Update, July 8: Pink Floyd have now made a statement about the album, confirming its October release date. “It is an album of mainly ambient and instrumental music based on the 1993/4 Division Bell sessions which feature David Gilmour, Nick Mason and Richard Wright”, it reads. “The album is produced by David Gilmour with Phil Manzanera, Youth and recording engineer Andy Jackson. Work is still in progress, but more details to come at the end of the Summer.”