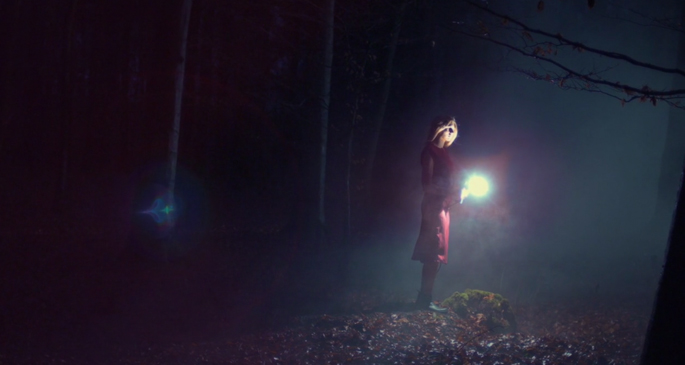 Multi-disciplinary artist Christina Vantzou has shared a stunning accompaniment to ‘The Magic of the Autodidact’.

The video, which is directed and produced by Vantzou herself with stark cinematography from Léo Lefèvre, is one of a series of accompaniments to Vantzou’s recent Kranky album No. 2. It might be the most striking yet, focusing on a tense chase in slow motion through the woods at night, and bearing plenty of similarities to David Lynch’s crucial Twin Peaks.

It sits alongside Vantzou’s ‘The Magic of the Autodidact’, and shows just how evocative Vantzou’s sounds actually are. It isn’t the first time she’s worked with visuals – her first solo album (handily titled No. 1) was accompanied by a DVD, and her collaborative project with Stars of the Lid’s Adam Wiltzie – The Dead Texan – also had a visual element.

Check out the film in full below, No. 2 is out now on Kranky.