Listen to the Ragga Twins kick it on ‘Trippin & Bunnin’, forthcoming on Boom Ting/Fatback 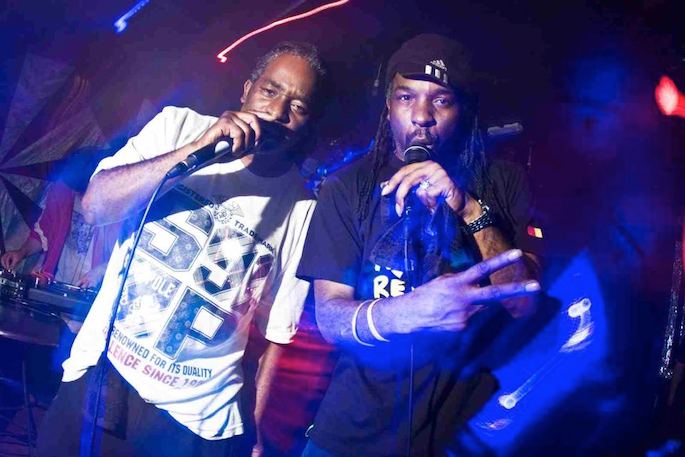 Flinty Badman and Deman Rockers go back to the their roots on their latest single.

The legendary Ragga Twins will follow recent collaborations with everyone from Skrillex to Mark Pritchard with the reggae party-starter ‘Trippin & Bunnin’ — stream it below.

The single is due out on July 20 (pre-order here) via Jakwob’s Boom Ting imprint, which is teaming with new London label Fatback for the release. The Ragga Twin’s new album — produced and released by the Fatback crew — is expected this year, featuring Tipa Irie, Spyda, Lady Chann, RD, Jasmine Knight, Tenorfly, Aynzli Jones, Daddy Freddy and Seanie T.

Last year, FACT’s Joe Muggs sat down with the Twins for a two-part interview.