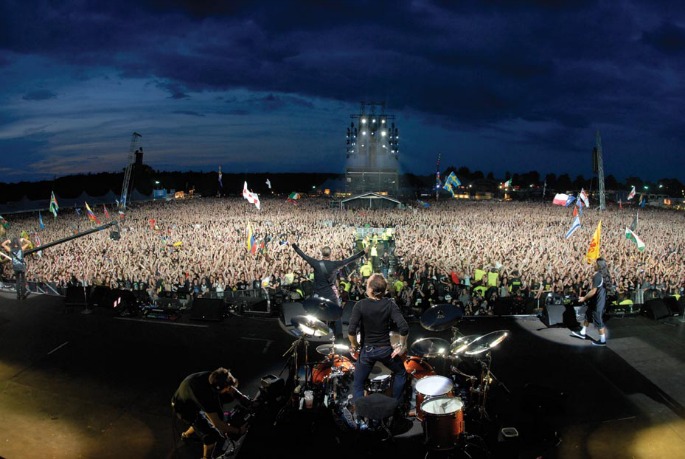 Running from Friday July 4 to Sunday July 6, the metal festival saw the likes of Iron Maiden, The Prodigy and Metallica descending on Knebworth Park.  Although the event seems to have been largely crime-free, one attendee suffered a savage and “unprovoked” assault, according to NME.

On Friday, George Cook, 21, was allegedly set upon by three men in the Red 2 Camping Field of the festival. Cook’s injuries included a smashed eye socket, a broken jaw and multiple facial fractures, and he subsequently underwent a five-hour operation at St George’s Hospital, Tooting. The victim’s father has published a photo of the injuries to Twitter.

Festival organiser Zac Fox has commented on the attack.

“We were really shocked by what happened to George as the rock and metal audience are by far the best behaved and friendliest that we work with, as demonstrated by all the messages of support that our audience have sent to him. We are doing what we can to help the police with their investigation. We were delighted to hear from his father that he is already making such a good recovery and we look forward to rolling out the red carpet for him if he wants to come along to the next Sonisphere.”

Anyone with information is advised to contact Herts Police on 101, quoting the crime reference G1/14/1678.