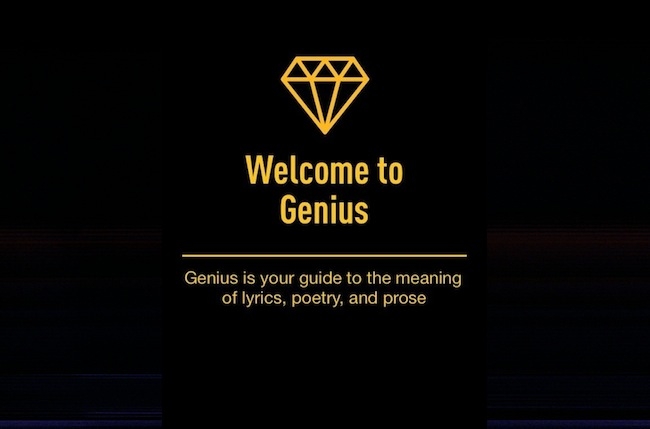 Online rap annotation site RapGenius has been in a state of transition for almost two years now: in 2012, it was pumped with cash by venture capitalists Andreessen Horowitz, and has made efforts to expand its services into “poetry, literature, the Bible, political speeches, legal text, science papers…”

As Tech Crunch report, the site has managed to rustle up $40m in private funding, and has correspondingly announced a substantial expansion in the services it provides. The money, which takes the company’s pot up to $56.8m, has largely come from Rock Ventures founder Dan Gilbert, and will apparently go towards new designers, engineers and “community leaders”.

The site’s aim is to expand the service out of the lyric realm into a range of different sectors, including educational and community projects. According to co-founders Ilan Zechory and Tom Lehman, “any text can be as layered, as allusive and cryptic, as worthy of careful exegesis as rap lyrics.” The site has correspondingly now changed its name to the more generic Genius.

Interestingly, Genius will now offer embeddable annotations, meaning that any site will have the capacity to reveal glosses and footnotes when the cursor hovers over select parts of the text. You can see an example below, courtesy of Business Insider.

The rebrand may also have something to do with some recent bad behaviour by the company: it was reprimanded by Google for trying to sneakily inflate its SEO ratings, and co-founder Mahbod Moghadam resigned after he used the site to leave facetious annotations on Santa Barbara shooter Elliot Rodger’s manifesto.