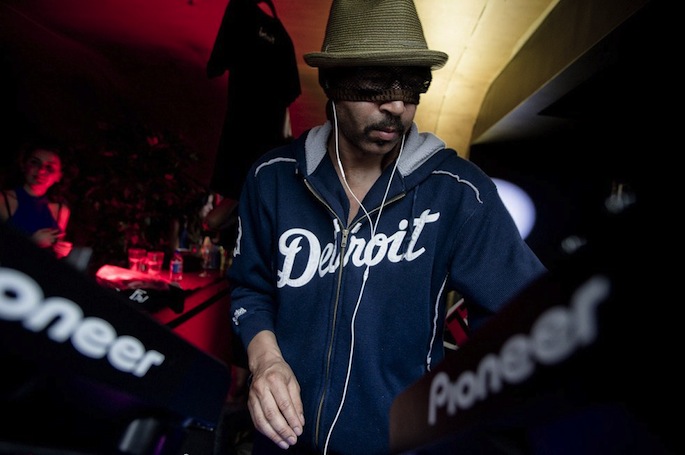 After revealing its bumper Bank Holiday opening weekend and naming the hosts of 12 eclectic events throughout autumn, The Hydra has now announced the artist line-ups for each of its forthcoming nights.

On September 26, XOYO and The Magician present Potion, featuring a set from The Magician himself as well as performances from Karma Kid and house music veteran Blonde, while on September 27 it’s Ben Westbeech performing as Breach plus a live set from Legowelt.

Bugged Out on October 4 Dusky – The Next Step, including a six-hour set from the duo as well as sets from Detroit original Juan Atkins, Will Saul back-to-back with Trevino and Zed Bias back-to-back with Paleman.

Norwegian label Full Pupp will mark its 10th anniversary on October 31 with Prins Thomas and Stevie Kotey alongside all four of the Horse Meat Disco team, plus Lindstrøm, Espen Haa, Blackbelt Andersen and a secret guest.

Cologne based record label Kompakt and partystarters Electric Minds host on November 8 with a mighty line-up of Moodymann (pictured), Joey Anderson and Leon Vynehall, plus a few extra names to be announced later on, with Berlin-based techno label Leisure System goes head-to-head with Houndstooth on October 5, featuring sets from Special Request, Akkord, Objekt and Dopplereffekt live.

On November 28, Magda, Troy Pierce and Marc Houle represent their Berlin label Items & Things alongside Miss Kittin, while Gerd Janson’s label Running Back and Theo Parrish’s Sound Signature take over on December 5 with the label bosses playing alongside Redshape, Maurice Fulton, Marcellus Pittman and a very special guest still to be announced.

Finally, on December 12 The Hydra welcomes Berghain’s label Ostgut Ton for a night featuring Ryan Elliott and Anthony Parasol plus many more still to be announced.

Every event takes place at Wapping’s Studio Spaces in east London. Check out the list of artists on the flyer below and head to The Hydra’s website for tickets. 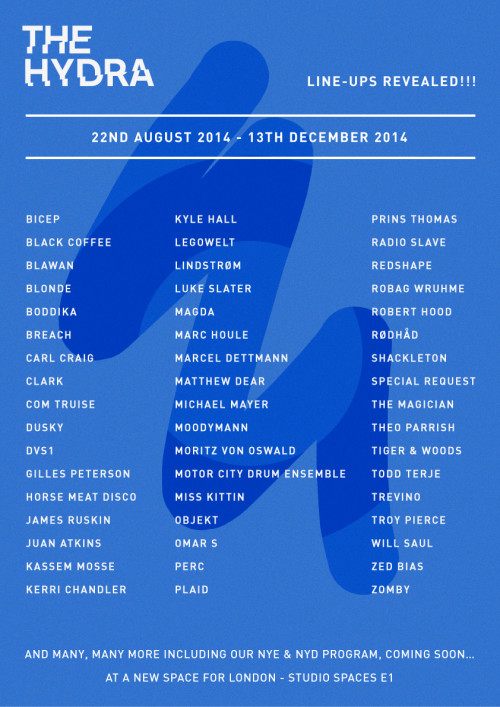