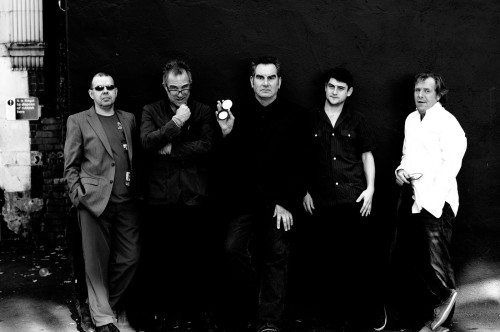 Staggering really, but post-punk goliaths The Pop Group have never embarked on a full UK tour – until now.

In October, Mark Stewart and cohorts will head out on a seven-date tour of the UK. The janut will see the band perform 1980’s We Are Time in its entirety – plus, we’re assuming, a clutch of other well-worn tracks. The trip will kick off at Edinburgh’s Voodoo Rooms, and culminate with a show at London’s Assembly Hall.

This being The Pop Group, the tour has a political edge too: the shows have been organised in support of the Campaign Against Arms Trade. According to Stewart, “in this age of hidden agendas/proxies and false flag attacks, now more than ever we must campaign against the arms trade THE MOST BRUTAL TRADE”.

That’s not all: the tour has also been convened in honour of a Pop Group reissue series. On October 20, Freaks Are Us will put out a remastered version of We Are Time, plus a new rarities collection, titled Cabinet of Curiosities.

Tickets will go on sale on Friday; head here to cop them. [via The Quietus] 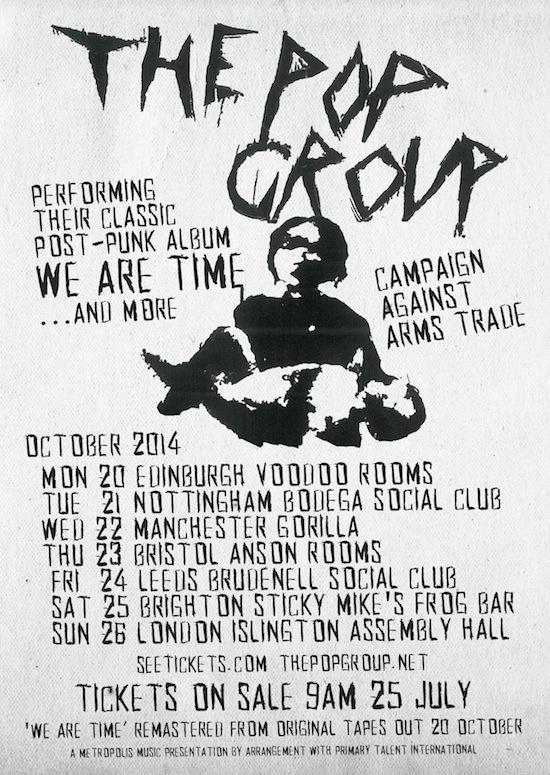