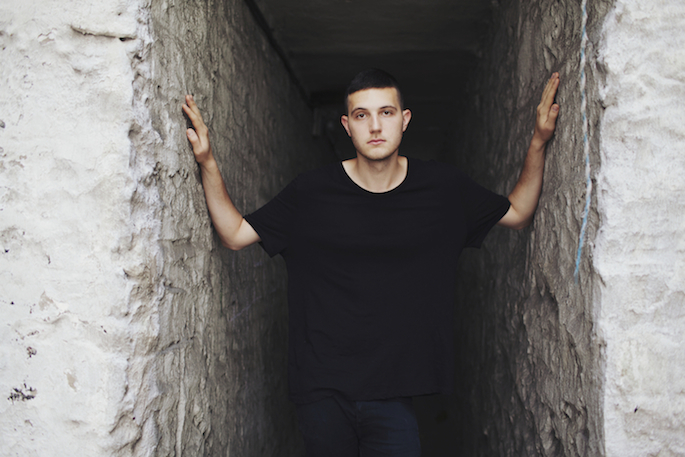 The Brooklyn-based producer opens up about his debut album and more.

Jim-E Stack (aka James Harmon Stack) has spent the last few years releasing material for the likes of Body High and Good Years and turning out club-ready remixes of A$AP Rocky, Sky Ferreira and more. On July 28, he’ll release his debut album via Innovative Leisure, Tell Me I Belong.

The album is the culmination of several years of work, bringing together house, techno, club music and R&B for an emotionally-charged meditation on its titular ennui. We spoke with the producer via phone about the musical inspirations behind the album, how he’s evolved from producing for the club, and his favorite thing about living in New York.

Tell Me I Belong looks back on the music of your past. What music were you into growing up?

I wasn’t some head listening to Aphex Twin back in high school — maybe some — but my friends were into rock, punk, and garage stuff, so I listened to that: Husker Du, Thee Oh Sees, Pavement. But also a fair amount of standard hip-hop stuff like Donuts and DJ Premier; I had also played jazz drums, and while I wasn’t necessarily a jazz record head, I definitely listened to Coltrane and stuff like that.

How’d you get into making dance music?

Way back, I’m pretty sure Daft Punk was my first introduction to electronic music and house music, and as I got more into it, I saw that electronic artists can be very self-sufficient, either sampling or writing the music themselves. When I played in bands as a drummer, I had to let everyone else lead since I didn’t have an in-depth knowledge of chords or scales, and that was frustrating. Seeing how electronic musicians and hip-hop producers can be a one-man band, that was very appealing to me: keeping it all to myself and sparing myself the embarrassment [laughs].

Baltimore club was one of the first niche scenes that caught me immediately. I got into some of the Mad Decent stuff, and from there I was introduced to Karizma, who remains one of my favorite musicians. His stuff is my ultimate house music: it’s all sampled drums, grooves, and it’s just banging. His stuff stood out to me because he took all the good parts of Baltimore club music and synthesized it into his own thing. He’ll do 9-minute tracks with one drum groove, and that’s everything to me.

“It was so sick to see 300 people just focused on Rashad and Spinn.”

How was your approach to an album different from what you’ve done previously?

With my original stuff, the club setting was definitely the driving force in making those songs. That was what I was listening to, and I was trying to make stuff that I could play out and fit in my sets. My last release before the album was ‘Bubble Boy’, a single on Body High that went under the radar, and that was my last go at club stuff. At a certain point, it just sucked trying to make stuff for the club. It wasn’t fun to write like that, focusing on what BPM would make sense, how long to make the intro and outro, and all that.

I had just moved to New York in the summer of 2012 when I started to write album. I was still trying to write in that mindset, crossbreeding between stuff I had done and more musical stuff, and trying to incorporate club beats was impeding my creativity. I had met Shlohmo, and he told me to get back to a place where you’re just making music for yourself — not for audiences or clubs or fans — which was simple but really insightful. So I was just making stuff that I liked, that felt authentic to me without trying to fit into another mode. That’s what kicked it off, keeping that in mind. For better or worse, now I’m just down to make stuff that feels right for me.

What tied the record together, both musically and thematically?

I’ve had a lot of the samples since high school, just this big jumble of old samples that seemed to fit the theme sonically. Not even purposefully: they were just the sounds I was gravitating towards back then. [Album opener] ‘Somewheres’ had has a different version every year since 2010. In terms of tying everything together, I had just moved from New Orleans to New York. After growing up in San Francisco, living in New Orleans for 18 months and being unhappy, and then moving to New York and being overwhelmed, I wanted to reflect on that psychologically and emotionally; feeling lost and wondering where to go.

Now that New York is home, what’s your favorite part of the club scene?

The Lit City Raves, hands down. That was some of the first shit I ever went to in New York, at 285 Kent (rest in peace). Maybe the first one I went to I was also playing with DJ Rashad and DJ Spinn. That was such an insane experience: I remember finishing playing, hanging around, and you couldn’t fit in anymore people — it was still overflowing at 4am — and everyone was locked into Rashad and Spinn’s set. It was so sick to see 300 people just focused on Rashad and Spinn.

Coming from New Orleans and from San Francisco — where cool event never go off — and seeing the best of the best underground club music, with all these people loving it, and that being the Friday night turn-up, I was like “Damn, this is awesome.” Props to J-Cush; the Lit City Raves just have these really raw vibes that helps inspire my music.