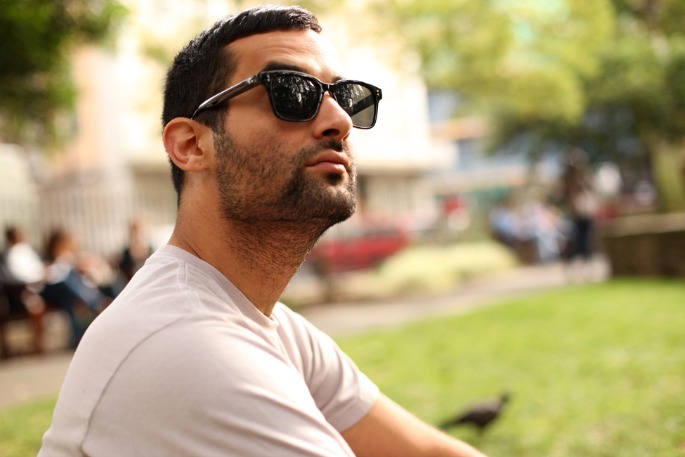 The leftfield beatmaker probes industrial influences on his first proper release since 2006.

When Kutmah was deported from his adopted home of LA to the unfamiliar country of his birth, the first thing he did was to “lock himself in a room and make this dark record”.

Marking a rare transmission of original material from the now-London-based DJ and producer, the Our Mannequin EP is one of the Brainfeeder affiliate’s only solo releases to date, adding to his 2006 debut Warm Like The Sunshine and a pair of limited edition cassettes, the latest being this year’s Black Waves Tapes Vol. 1.

Released this week on Technicolour Records, the six-tracker leads with ‘Noise In My Brain’, which we’re premiering below, and features collaborations with Arizona MC Zackey Force Funk on ‘Tranzition’ and singer-producer-cosmonaut Seven Davis Jr on ‘Agalmato’.

“Zackey Force Funk usually makes thug dance music and Seven Davis Jr will never do a record like this again,” says Kutmah of the record, which is inspired by the goth industrial nights he braved as a young clubber looking for “weird shit that you can dance to.”

Hear the lead track below and pre-order the record ahead of its release on August 25. Don’t miss Seven Davis Jr’s freewheeling FACT mix, one of our favourites of 2014 so far, and check out Kutmah’s own FACT mix from 2012.

Tracklist:
A1. Noise in my Brain
A2. Tranzition feat Zackey Force Funk
A3. Agalmato feat Seven Davis Jr
B1. Coprolalia
B2. Amargossa
B3. Leaving