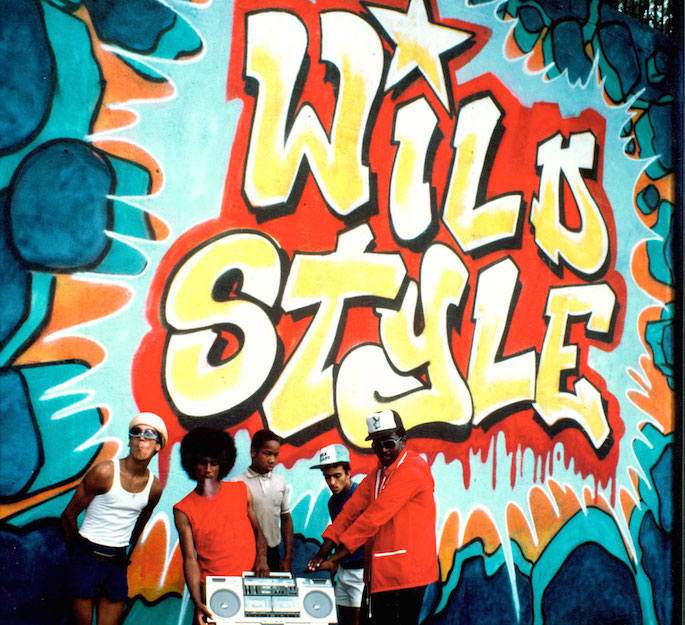 These are the breaks… from the groundbreaking hip-hop film.

Released in 1983, director Charlie Ahearn’s Wild Style was the first film about hip-hop, and a crucial document of the culture’s early days. During production, Ahearn needed to pick the music that the DJs, rappers and b-boys of the film would be performing, and rather than use the breakbeat records that were popular at the time, he commissioned hip-hop original Fab 5 Freddy.

Recorded over a week in 1981, the Wild Style Breakbeats 12″ was limited to a white-label run of 100 copies and was given to the DJs in the film — including GrandWizzard Theodore, Charlie Chase and Kevie Kev Rockwell – who used them in the film’s live performance scenes. Curiously, out of the 13 breakbeats, only five were used in the film or on the soudntrack, leaving eight lost to history — until now.

Renowned DJ Kenny Dope obtained the original reel-to-reel tapes, remastering and extending the tracks beyond their minute-long runtimes for what will be the set’s first, non-bootleg release. Dope’s Kay-Dee Records has teamed with reissue specialists Get On Down for the debut of the label’s “Book Series” and will release the set as Wild Style Breakbeats as a set of seven 45 records. The records are joined by a 28-page line note book that doubles as a “casebook.”

The set is due out on August 12; head to Get On Down for details. Earlier this year, Dope released Classic Breakbeats, a box set that features unreleased material as well as well-known Masters at Work classics.