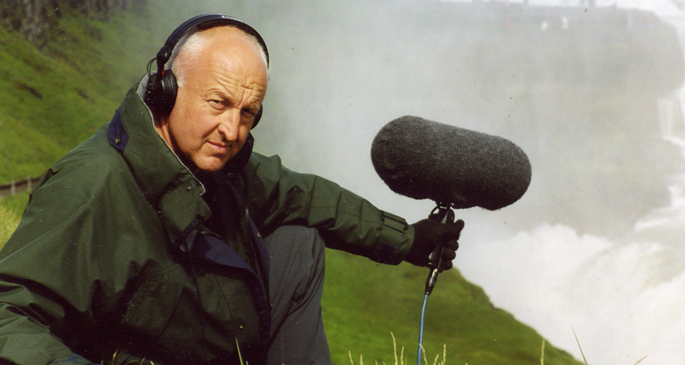 It’s probably the last thing you expected to hear today, but Chris Watson is about to have his own app.

The fabled field recordist (who has captured environmental sound for some of the BBC’s best-known shows) and founder member of Cabaret Voltaire has teamed up with Brighton-based arts collective The Nimbus Group, and they will be debuting the app at this year’s Brighton Digital Festival.

Called Nimbus, the app contains a hand-picked selection of some of Watson’s most beloved recordings, as well as four sound-based games to fiddle with on the bus. One game is a navigation challenge where you have to follow the direction of certain sounds, one uses the north-south auditory axis, one is a selection of sounds for insomniacs (this already sounds bloody essential) and the last game only unlocks when you happen to travel at the velocity of a diving peregrine falcon, which is 300km per hour, if you were wondering.

Whether you’re a newcomer to Chris Watson’s incredible sound recordings, or a seasoned veteran with a stack of his Touch CDs sitting on your desk, we reckon Nimbus should be an essential download – we should hardly have to mention that it’s free for the duration of the Brighton Digital Festival. [via The Wire]

Nimbus will be released on September 10, and available on iOS and Android.