Rinse celebrates 20 years with a heap of parties, collaborations and station takeovers 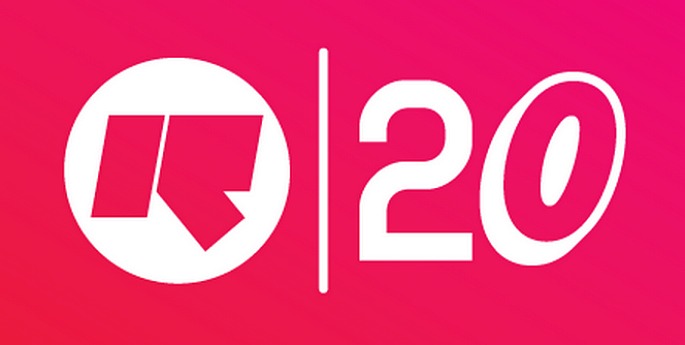 The pirate-gone-straight puts out the bunting for two decades of broadcasting.

Rinse has announced a whole heap of parties, collaborations, one-off events and takeovers to mark its 20th birthday.

In addition to a previously announced birthday bash at Fabric featuring Todd Edwards, Slimzee, Lisa Maffia, Romeo, Darq E Freaker and more, they’ve revealed a string of FWD>> clubnights to coincide with a six-week series of genre takeovers on the station. Kicking off with two days of jungle programming on August 30 and 31, the series will chart the major strands of UK club music over the past 20 years, focusing in turn on dubstep, house, funky, grime and garage.

On the events front, the station will host an Ibiza Rocks party with Route 94, Jess Glynne and Oneman on September 12 before returning to London for a night at Ministry of Sound on October 4 and a special event at the Tate gallery on December 5.

And on top of that, there’ll be a pop-up shop in East London open from September 19-28, a collaboration with clothing line Billionaire Boys Club and another with photographer Shaun Bloodworth and design studio Give Up Art.

Rinse.tv will also have live streams of all the events so you won’t miss out, wherever you are. Keep an eye on Rinse20 for more details. 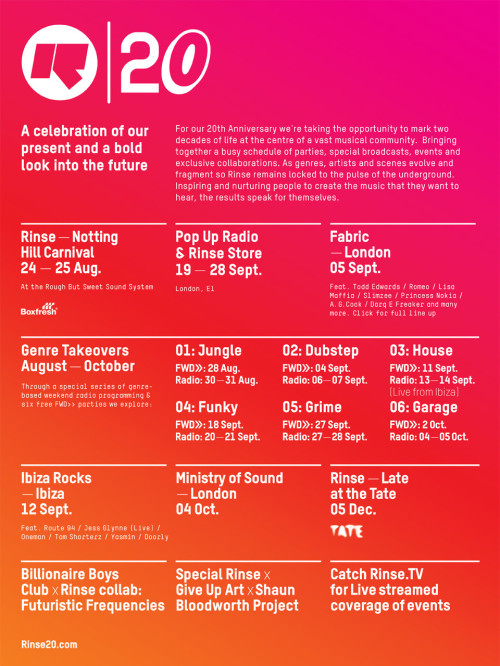