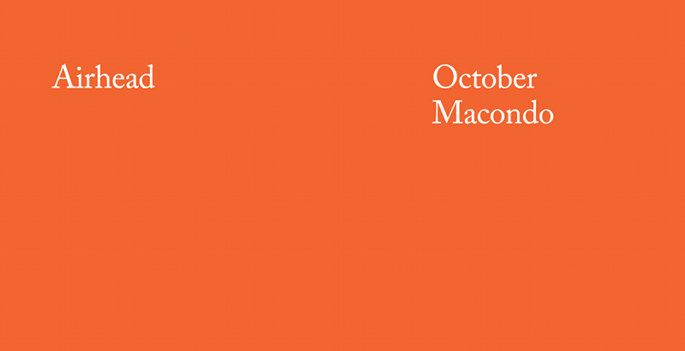 Airhead continues a strong 2014 with a new two-tracker on Hemlock.

Released on September 1, ‘October’ / ‘Macondo’ might be the closest thing that Airhead’s made to a full-on pair of bangers yet (or, as the press release states, “he’s writing big ones now”).

The A-side features the sort of synth squeals and wonked-out sampling that we’re used with Airhead, but rides big 808 subs on the 1, while squint and the B could be a Crazy Cousinz track with a filter accidentally left on.