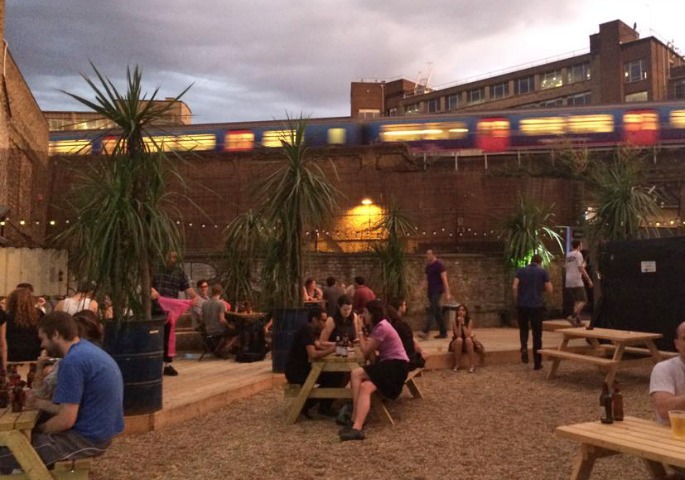 Corsica Studios has become one of the most reliable venues in the capital over the past five years or so, offering the finest underground house and techno around –  like last weekend’s epic eight-hour back-to-back set from Ben UFO and Morphosis, for instance.

This weekend the Elephant & Castle venue is launching a sister site just round the corner called The Paperworks, an open-air space offering music, films, performances, street food and pop-up bars every weekend this summer.

Alongside Corsica’s resident club nights and promoters, the likes of NTS Radio, CityScapes, Siobhan Davies Dance, Elefest and Carnaval Del Pueblo will contribute to the programming, and to wash it all down there’ll be Austrian street food from Fleisch Mob and a Japanese whisky and matcha bar from Peckham’s Ali Baba, plus a big range of local craft beers and other temporary pop-ups.

The Paperworks officially opens this Friday from 5-11pm and continues on Saturday and Sunday from midday until 11pm. Keep up to date with what’s planned at the venue via The Paperworks website and Facebook. It’s located five minutes away from Corsica – see it on the map.