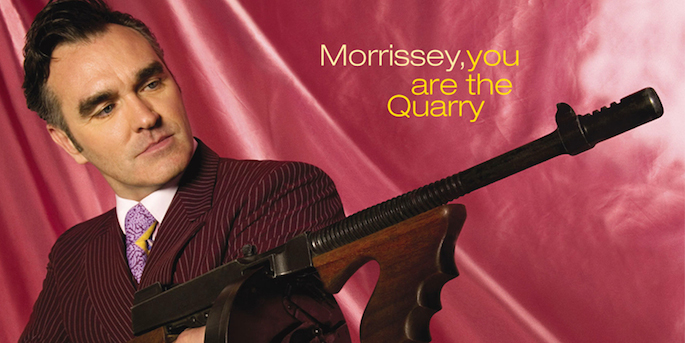 Back in May — before cancelling his tour and blaming his opener — Morrissey was attacked on stage by an over-eager fan (is there any other type of Morrissey fan?), causing Moz’s team to hire extra security.

Bodyguard Bradley Steyn signed on, but as he alleges in a new lawsuit, he quickly became uncomfortable with what Morrissey and his team had in mind. According to the suit, Morrissey asked if there was a way the fan who runs Morrissey-solo.com “could get hurt.” The tour manager went even further, asking if he “could be gotten rid of,” discussing plans to find the fan’s home address.

Steyn claims that he refused to comply and was fired the next day. This is not the first time Morrissey has tangled with Morrissey-Solo owner David Tseng, banning him from attending his concerts back in 2011. [via TMZ]

Update: Morrissey has taken to semi-official site True To You to issue a statement, calling Steyn’s story “a vexatious lie.” Here’s an excerpt:

“The very idea that I would ask a complete stranger (Bradley Steyn) to physically attack David Tseng surely cannot register with any sane person as being likely. As mildly irritating as David Tseng may be, he is not someone who troubles me enough to even bother with… The shabby truth of this drama is that Bradley Steyn has been trying to extract money from what he terms “the Morrissey tour”, and he has failed. He is now desperate, and this story is his latest escapade to gain someone’s attention… Please note that Bradley Steyn’s statement is now in the hands of the Los Angeles Police Department, and is subject to both criminal and civil action.”