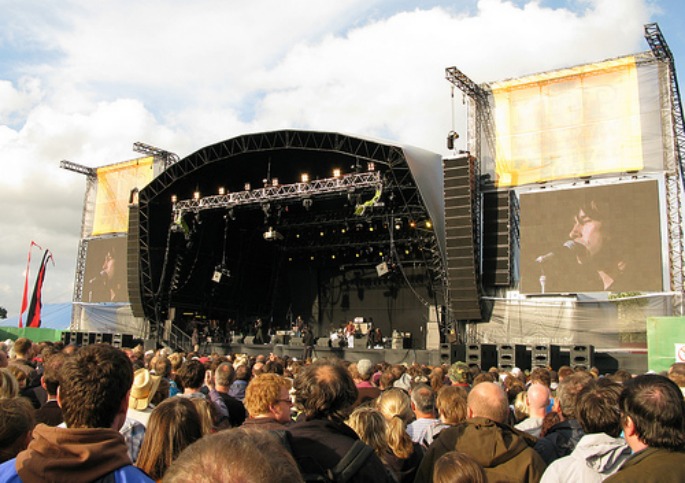 Update 01/08: Vince Power has responded to being banned from staging live music events, claiming he had not even been contacted by the Performing Rights Society (PRS) about money owed.

Power said: “I am angry and disappointed that PRS have not contacted me by post, email or telephone.

“To say that I am banned from staging live music events for the sake of £7,000, is damaging to my career,” he added, referring to reports that stated he would have to pay £7,987 in legal costs incurred by the PRS. (Although the legal fees aren’t what the PRS took him to court for in the first place, of course – he doesn’t quite address that).

“In light of the long-strained relationship I have with them, I can only see this as PRS being vindictive and a means of deflection for what I see as the real problem within PRS: they have a long list of artists that are owed money which they do not pay.

“I am very happy for any artists who have been chasing PRS unsuccessfully to contact me to see if there is a way we can group together and get the money they are owed.”

VPMG also claimed Power and his companies had no involvement in the Hop Farm festival this year. The event planned for 2013 was cancelled due to poor ticket sales.

Veteran promoter has his wings clipped.

Vince Power, founder of Hop Farm festival and former Mean Fiddler boss, has been banned from putting on live music after he was found to have been hosting events without a proper licence.

The UK’s Performing Rights Society for Music (PRS), which collects licence fees for public performances and distributes the money to songwriters and publishers, pointed out that the Irish promoter did not have permission to play live music at Hop Farm between 2009 and 2012. Around 31 PRS members performed at the 2009 festival, at least 10 in 2010, at least 27 in 2011 and at least 31 in 2012, including the likes of Van Morrison and Florence + the Machine.

A spokesperson from PRS said: “A licence is required for any event except a family or domestic gathering, such as a wedding reception or birthday party.”

As well as banning Power from staging live music until he brings his licences up to date, the judge ordered him to pay £7,987 in legal costs run up by PRS.

Last year’s Hop Farm was cancelled due to poor ticket sales and the company’s financial difficulties, but the event was relaunched last month under new management. [via BBC Newsbeat]