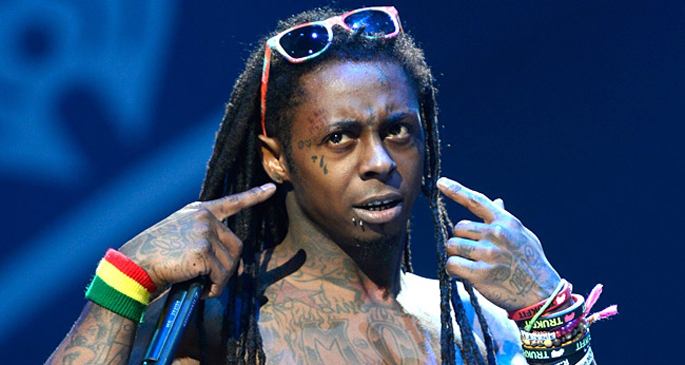 Let’s get this straight first – creative drought or not, Lil Wayne is still undoubtedly one of the world’s biggest rappers, so if you see a picture of him reclining in a private jet, double cup in hand, you’d think nothing of it. The guy has cash, right? His label’s called Young Money for fuck’s sake.

Well, according to a new lawsuit filed by aircraft rental company Signature Group, he’s not actually been paying his tab. The company has demanded a million dollars from Wayne and his Young Money Entertainment group, as it claims that Tunechi has been flying around the world in luxury on their dime.

The documents filed seem disdainful of the rapper’s lavish lifestyle (which is somewhat rich coming from a private jet rental company), saying, “”As with many such artists, Mr. Carter appears to enjoy the finer things in life: expensive cars, a mansion in La Gorce Country Club on Miami Beach, and private aircraft travel for himself, his agents, and members of his entourage, to worldwide destinations of his choice.

“Naturally, the enjoyment of such luxuries is not free, and Mr. Carter and his putative Florida limited liability, defendant Young Money, have failed to live up to their obligations and now owe plaintiff, Signature Group, over one million dollars in fees and charges relating to Mr. Carter’s jet-setting around the globe on private aircraft leased to him by plaintiff”.

Hilariously, the complaint ends up sounding more like something you’d hear from an angry teacher or a displeased parent: “He can choose to use the proceeds that he earns to live the life of a hip-hop star – but he has to pay his bills just like the rest of us”.

Wayne’s camp have yet to respond to the suit, but this is yet another thorn in the New Orleans rapper’s side – he’s still not got a release date set for his two proposed albums, after all. [via Dazed]