The Melvins recruit two Butthole Surfers for Hold It In LP 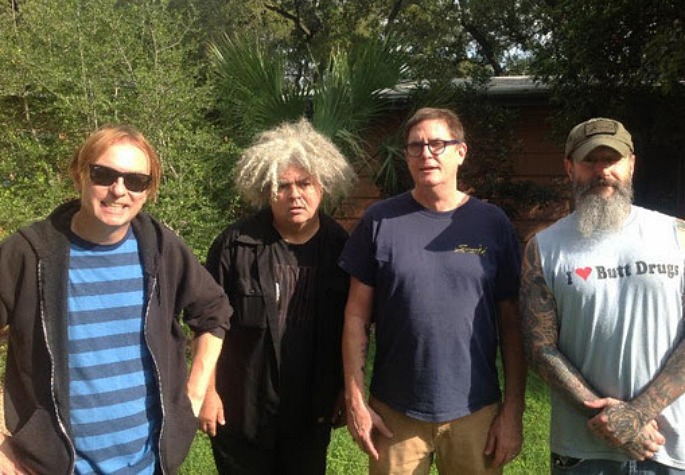 Following last year’s 30th anniversary tour, The Melvins are back with a brand new album, Hold It In, which sees Buzz Osborne and Dale Crover join forces with two fellow alternative icons, Paul Leary and JD Pinkus of the Butthole Surfers.

Their first studio effort as a quartet since 2010’s The Bride Screamed Murder was recorded in LA and Austin earlier this year and is due for release on Ipecac Recordings on October 13.

King Buzzo gave this modest statement on his latest work: “Hold It In is a refreshing piece of fiction in a boring world of fact and bullsh*t. Paul is one of the best guitar players I have ever heard and Pinkus has an outside the box type of approach to both guitar and bass that you just have to let it ride. I can’t believe this actually happened. I’m thrilled.”

Pinkus added: “It’s very rare you get a chance to work with three folks from the ‘Break A Wish’ foundation, all at the same time. I believe they’ll remember their experience with me forever (or until they finally all lose their fight with S.I.D.S.”

Meanwhile, King Buzzo is touring in support of his solo album, This Machine Kills Artists – see his solo tour dates below.