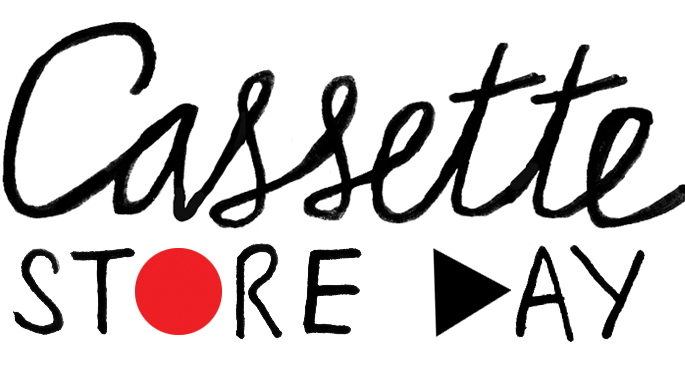 Yeah we know, we know – there’s no such thing as a cassette store.

Still, since Record Store Day has (for better or for worse, depending on who you ask) helped popularize the vinyl format once more, it makes sense that a group of tape addicts should at least try and stand resolutely for their format of choice.

Clearly the wider world out there cares too, as the yearly Cassette Store Day is back for its second year and is being held on both sides of the Atlantic. It’s set for September 27, and we can now have a peek at what the American side of the equation is offering their participating stores.

As expected, the list is varied to say the least – next to a hefty showing of black metal reissues from Nuclear Blast (Immortal, Enslaved, Testament etc) there’s an under-the-radar new record from Dntel entitled Human Voice Outtakes (which we’re guessing is outtakes from his Leaving Records full-length Human Voice), a reissue of the third Vivian Girls LP Share the Joy, a collaboration album from Peter Broderick and Yellow Swans’ Gabriel Saloman, a metric shit ton of compilation tapes, and a whole lot more.

Have a look at the entire list over at the Cassette Store Day site, and marvel at the fact that the humble tape still actually exists. If you fancy a more pruned selection, check out Brad Rose’s monthly tape column, where he listens to a mountain of tapes so the rest of us don’t have to.