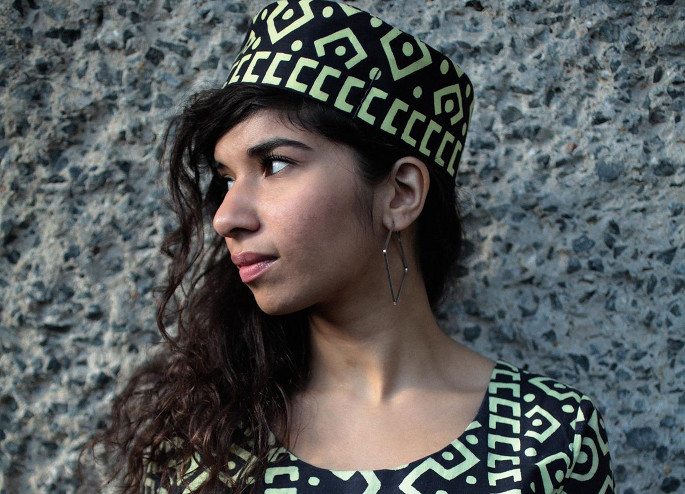 Particularly for this writer, whose subjects tend to be nervous indoor types, and particularly in the grubby surrounds of east London. But Nabihah Iqbal knows how to make a journalist feel special. She waves her membership card at the desk of classy member’s club Shoreditch House; we take the lift up and find a shady spot by their small but inviting rooftop pool.

Not so long ago, Iqbal might have been able to afford the club’s not-inconsiderable fees. She worked as a barrister for a little over six months, first in South Africa and then in her native London. These days, however, she’s sustaining herself entirely through her music. The membership card was payment for a DJ gig, and even with a growing schedule of overseas shows, she’s starting to feel the financial bite (after our interview she’s off to one of her supplementary jobs, teaching karate; she’s a black belt who briefly ran her own dojo).

With any luck, however, things will start to pick up soon. Iqbal’s discography as Throwing Shade is small but distinctive, her playful synth-led compositions equally at home on leftfield pop label No Pain In Pop and dancefloor imprint Happy Skull. She also runs a monthly NTS show, a painstakingly researched showcase of music from across the globe which belies her undergraduate studies in ethnomusicology. Iced coffee on hand, Iqbal held forth on these issues and more.

Did you grow up in London?

Did you study here as well?

Yeah I went to school here, and uni – I went to SOAS.

That’s the first heading in my notes actually… am I right in thinking you studied ethnomusicology?

Yeah, well history and ethnomusicology at SOAS. Then I did a masters at Cambridge in South African history. Then I came back to London and did a law conversion course and then a Bar, and then I was working as a lawyer for six months in South Africa. Then I came back, I was working here for a bit, but I gave it up to do music full time. So now I’m just doing music, which means I have no money!

That’s a lot of studying to end up doing something different.

Yeah my parents are like, ‘What are you doing!? We thought you were going to be a barrister…’.

Going back to the undergrad, the music side. Why did you decide to do that?

I’ve always done music – I used to go to music school on the weekends. But in terms of ethnomusicology, and music from around the world, I didn’t really know anything about it. But then on the SOAS induction course they had a music section, and they had one of their Kora players come in and do a session with us. I’d never even heard of a Kora before and I was just like, ‘woah, this is amazing.’ I’d applied just to do history, but at the beginning of term I went to see the head of music and was like, ‘is there any way I can do [ethnomusicology]?’

“People automatically assume that I’m a vocalist and don’t produce – because I’m female.”

It’s a mixture. You have to do the theory course, which is things like basic ethnomusicology and music theory. And then also the whole discussion about, you know, what is world music, what does it mean? And then you choose regional pathways – different parts of the world you want to concentrate on. And you study the music both in theory and practically. In first year Balinese and Javanese gamelan is compulsory, and I did all the extra gamelan ’cause I was really into it. But in secret, because all my friends were like [disdainfully] ‘oh, gamelan…’ [laughs]. I was also trying to play the Turkish reed flute called the Ney, which is so hard! It took me a month to even get a sound out of it.

At a classical music college people tend to study one instrument, whereas it sounds like you were expected to get a grip on several different things at once.

Yeah, though in second and third year you do choose your own performance instrument. I did sitar. So that was my instrument.

Has it crept into any of your records?

Not yet. People keep saying that though. But I don’t know about fusion, really. And also the sitar seems to be the instrument that people always jump on when they think, ‘I want to put some ethnic sounds in the music.’ And it just comes out kinda cheesy. But there must be a way of doing it that’s not cheesy. That can be my mission [laughs].

Talk about how the NTS show came about. It seems related to your studies, in terms of content.

Yeah, definitely. Thristian, who does Global Roots and Dark ‘N’ Lovely – I went on his show as a guest, and was playing the kind of stuff you hear on my show – playing different tunes from all around the world, and talking about them. The station manager happened to be listening at the time, and as soon as the show finished he called up Thristian and was like ‘who’s that girl? We need to get her her own show!’ Which makes me feel so lucky, because I know they get hundreds of requests every day from people who want shows. I started last May, so it’s been just more than a year now.

Where do you source your music from? Do you have a massive record collection?

I do have a pretty big music collection. A lot of the stuff that I play where it’s weird field recordings, or things from all over, I collected while I was at SOAS. They have a huge, amazing music archive with really rare recordings. Sometimes it’s like the only one in the world, and they’ll have it. We were expected to listen to stuff for coursework, so you just copy it, and… I still go into the SOAS library sometimes now, listening to stuff. 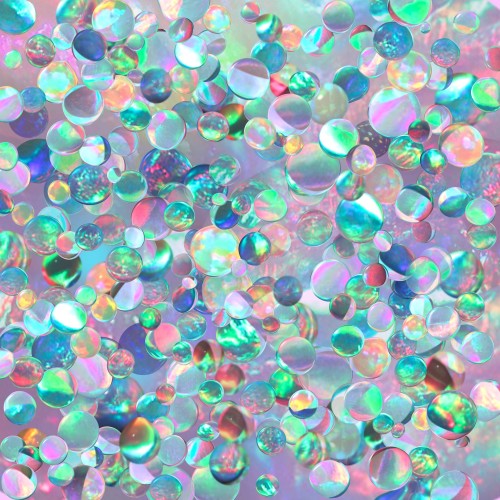 What does it mean to you to have a radio show?

It’s become one of my favorite things to do. When you get a response from people, it just feels so nice. It’s like a little community thing going on. And NTS is a really good thing to be a part of. I think it really defines music in London.

To talk about your own production – you’ve called your music cosmic R&B. What does that term mean to you?

I actually didn’t think of that phrase myself, I think Kassem Mosse came up with it. But it’s quite a good way of describing my music. I don’t really know what else it sounds like. I do really like R&B – though obviously when I was a teenager and went through a metal and punk phase I was like ‘ugh.’ But yeah, I listen to a lot of R&B. I guess one of the things I try and do with my music is to take stuff that you might be really familiar with, take elements of it – for example the vocal – and present it in a completely different way which sounds a lot weirder. When you listen to it you can still identify something in it, but it takes you a while to realise what it’s about.

When you’re, for example, remixing Mariah Carey – given the number of ‘underground’ responses to R&B floating around these days – do you worry about being in a crowded field?

I never really worry about that. I feel quite confident about the stuff that I’ve made, ’cause everything so far’s got such a good response. And I don’t mind the associations that people make between my music and other things, because that’s other people’s opinion, and that’s fine. The only thing that’s a bit annoying is how people automatically assume that I’m a vocalist – because I’m female.

Do you get that quite a bit?

Yeah. And the thing I used to get – until the 19 Jewels release, there were no photos of me. So everyone always used to think I was a boy, ’cause I was a producer. People would send me messages addressing me as if I was a guy. Which I think is quite funny.

Were you resistant to putting pictures up at first?

I do think it was conscious, at the beginning. I just wanted to be anonymous – I didn’t want people to know where I was from or if I was a girl or boy. But I don’t mind having my face up now [laughs]. I guess it’s kind of obvious with NTS and everything. Recently I got recognised on the bus. I’ve been recognised a few times actually – once in a cafe, a girl came up to me and said ‘oh, I really like your NTS show.’

Well, it’s early stages. But one day, if I can make a track for Drake or something then that’d be good.

This is an ambition?

Yeah I think so. I really like Drake. And I really like the idea of making a track for a big hip-hop artist, because you never have a female producer working with a male vocalist – it’s always the other way round. I think this is a barrier that needs to be broken.

Speaking of breaking barriers, I was really taken with the video for ‘Sweet Tooth’. It’s unusual to have a video so obviously presenting men from the straight female perspective.

That’s exactly what I wanted to go for. Because again, I thought, ‘you never see hot boys in music videos – it’s always hot girls.’ And if you do see guys in videos it can often be from a homoerotic point of view. I wanted to present hot boys from a straight girl’s point of view. So I had that idea for the video, and it turned out exactly how I imagined it in my head.

The actors are all people you know?

Yeah, it made me realise who my friends were, because I was asking all these boys, ‘can you come and do this for me?’ I’m so grateful to those seven guys for doing it – it got really messy [laughs]. But it was a pretty fun day – a whole day of looking at boys in their boxer shorts and pouring honey and cream all over them, spraying whipped cream in their mouths. I have this idea of doing a live, interactive version of it when I perform. I want to have a boy on stage and someone pouring stuff all over him. I don’t know who’ll volunteer for that one though.