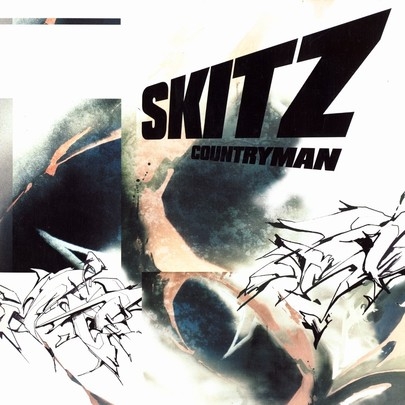 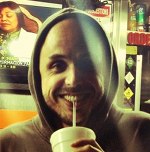 Thirteen years ago, the English DJ and producer Skitz released his debut album Countryman on the Ronin Records label, a bastion of independent British hip hop. The album was heralded by The Face as part of a British hip hop renaissance and by the Los Angeles Times as proof that UK rappers had finally found their “own style”. Yet while Countryman did crystallise the health and breadth of the UK hip hop scene at the turn of the century like no other release, it would ultimately all prove rather futile when a couple years later grime exploded from East London, giving the world a genuine UK “rap” sound that others would soon rush to imitate. It’s far from the most obscure record to feature in Forgotten Classics, but it remains, considering its quality and importance, grossly underappreciated.

The problem with UK hip hop as a term and scene was that it always confused the fine, but important, distinction between rap and hip hop. And I’m not talking about KRS’ definition of the difference between the two here but rather the blurry distinction between rap as music that puts the rapper first and hip hop as the overall music from the culture, rappers not always included. In many ways UK hip hop as a movement always felt like it was more about rap, about proving that UK MCs could stand up to Americans. In that regard it was always doomed to fail, considering that British MCs were confined to the same language as their US counterparts, unlike rappers in France, Japan or any non-English speaking country that developed a healthy local scene in the ’80s and ’90s. The shadow that US rappers cast linguistically has always proven too vast for any UK rapper to step out of, with some exceptions – most of which appeared on this album.

It’s in this context that Countryman becomes a forgotten classic of sorts. In 2002, Roots Manuva told The Guardian that it was “one of the greatest hip hop records of all time”, a claim that may seem foolish at first but has weight: it is the best UK hip hop album of the 2000s, easily one of the best of all time, and if there ever is a worldwide pantheon of hip hop classics it deserves heavy consideration for the British Isles’ selection.

The key to the album’s lasting quality is that it was producer-led, and as such brought together a real Who’s Who of the UK scene at the time. There were the MCs: living legend (and Skitz’ partner in crime) Rodney P; then-emerging talent like Roots Manuva, Taskforce, Skinnyman and Phi Li Cypher; drum’n’bass’s Dynamite and GQ; and a then unknown female MC by the name of Estelle. But there were also a lot of DJs: Deckwreka, Harry Love and the Scratch Perverts’ Tony Vegas and Primecuts all added incredibly well thought out cuts to Skitz’ production. Looking back at the snapshot in time that the list of featured artists provides, and their own various careers since, it’s little wonder that the album helped to catalyse the feeling that UK hip hop was finally about to tip over. The timing felt right and the talent was there.

Skitz’ rural roots in Devon gave the album its name, but also part of its unique sonic identity. It’s anchored in the classic, gritty hip hop palette that New York defined throughout the ’90s. But it also reached for what were back then more unconventional flavours, many rooted in UK soundsystem culture: reggae, dub, drum’n’bass and jungle are in the mix, as is vintage folk. That jungle influence is most evident in ‘We Make Them Make Noise’. The moody intro features sampled crowd noise and incantations to “rinse it out”, and a build up/drop with epic horn riffs straight out the dance music rule book. Past the drop, it’s all bubbling basslines and a short lyrical turn from Dynamite and GQ that proved that drum’n’bass MCs could actually rhyme. With the benefit of hindsight, the track also cleverly hinted at the sort of sound that would come to dominate the rap and hip hop world by the end of the decade.

Lyrically, the album more than lived up to the promises of its cast. Dynamite’s solo track, ‘Double Reds’, is a masterclass in lyrical storytelling; Roots Manuva weaves beautiful tales of London life and socio-political struggle against a folksy backdrop; Taskforce paint a bleak picture as potent as any Mobb Deep ever achieved on ‘The Junkyard’; Rodney P plays the part of the local pioneer/big brother to a T on the anthemic ‘Dedication’; Phi Li Cypher decapitate MCs with their tongue-twisting flows on ‘Cordless Mic at 20 Paces’; and then there’s the trio of Estelle, Wildflower and Tempa, who provide a brilliant update of the classic ‘Ladies First’ on ‘Domestic Science’, a track that still holds one of the best references to working at Asda in a rap ever. And as if providing 12 cuts of solid British rap hadn’t been enough, Skitz closes the album with the two-part ‘Fingerprint Of The Gods’ and ‘Twilight Of The Gods’ posse cut, a fitting ending to an album that clearly had ambitions of making a statement.

History is a funny beast. While the idea of a UK hip hop scene may be more irrelevant today than ever, it doesn’t make the strides some people took in setting the ground for what came next – grime, road rap et al – any less important. Countryman is a brilliant hip hop album, one filled with intricacies: from the lyrics to the cuts, the drum patterns to the samples. Most importantly, it’s an album that has gotten better with time. It never fails to elicit the same pleasures upon listen that any classic album does. Sure, to fully ‘get it’ you need to have lived in the UK at some point, but then until you visit or live in the States for a while, you’ll never fully get US rap either. Leaving that particular dimension aside, Countryman is a splendid hip hop album, one of the best that the culture has produced in its 40 odd years.